I’m exhausted! Yesterday we participated in Toronto Beer Quest 3, which was awesome. It just involved more athletic ability and less beer drinking ability than I expected… I actually RAN…lots. Running aside, it was a ton of fun.

We had 10 Prohibition beer related questions to figure out, leading us Amazing Race style to locations around the city. Once we found the locations, we needed to take a photo of our team in front of it to prove we’d been there. 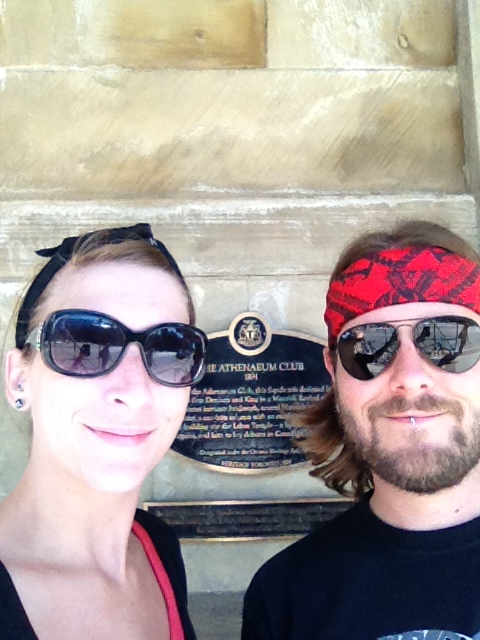 We were allowed to use our feet, and TTC as our modes of transportation. They did however make it good and tricky by placing the locations away from the subway, so you did have to get out there and run or get lucky with buses and streetcars. We were allowed to use our smartphones to help in figuring out the clues, and I don’t know what we would have done without them. I had done some research on prohibition and Toronto beer history figuring I’d get a leg ahead. It did me no good! The questions usually involved a twist, heading us to find a specific item at a location and taking our photo with that. It was an urban adventure race at its best. We had a blast, managed not to freak out on each other like Amazing Race participants oft seem to do. The best part was than when we returned to the Charlotte Room (the start and finish line for the competition) we were rewarded with Mill Street Tank House Ale and pizzas and nacho’s. Running is worth it if its rewarded with beer & nachos. We will definitely be participating again next year, and bringing along some friends to join us. Now to check out more events for Toronto Beer Week! 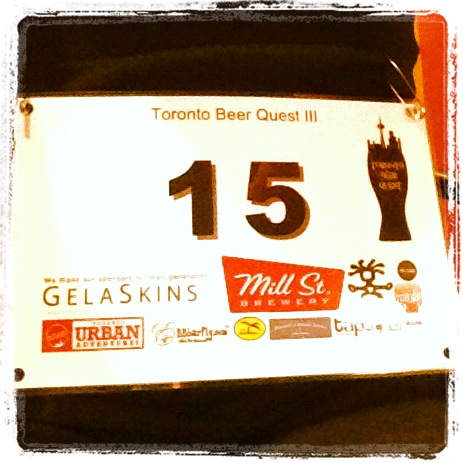