I loves me some cornbread!

El Granto here to share with you how to make some of the tastiest cornbread out there. 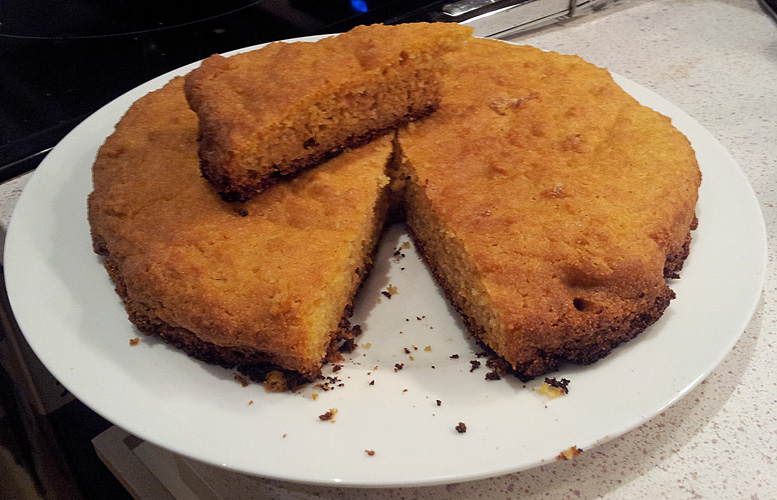 Ain’t nothin’ wrong with that!

With anything made on the barbecue you have to know what you’re dealing with in the way of heat and preservation of heat. I know my barbecue well. We have a good relationship. I see him a few times a week and he’s even kept me warm on a few winters nights. That being said it was a very expensive relationship to nurture at the beginning. So he keeps heat well and he’s well situated to do his job. If you don’t know your barbecue and it’s ability to keep constant temperature making this cornbread will involve watching your temperature and adjusting accordingly for about 35-40 minutes so be warned.  (You could skip the barbecue and just do this in the oven if you have worries about your barbecues baking.)

“What do we need to make this tasty southern treat?” you might ask. Well…

Make sure you read through all the instructions before hand. There’s some things  you don’t want to miss and you can save time doing some things at the same time.

Step 1:
Get your barbecue up to 400° and pour the 3 tbsp. of oil in to your skillet. Place the skillet in to the heat and leave it for (approx) 15 minutes to get nice and toasty hot. You don’t want the oil to smoke though. Smoking oil = no good.

Step 2:
Combine the dry ingredients excluding the butter in to a large bowl and set aside.

Step 3:
Put the butter in the microwave for about 20s to melt and add it to a medium mixing bowl. Pour in the buttermilk and crack in the egg. Use a fork to mix it all up. Don’t worry if it looks/gets a little lumpy. I don’t know what that is but I know it’s okay. 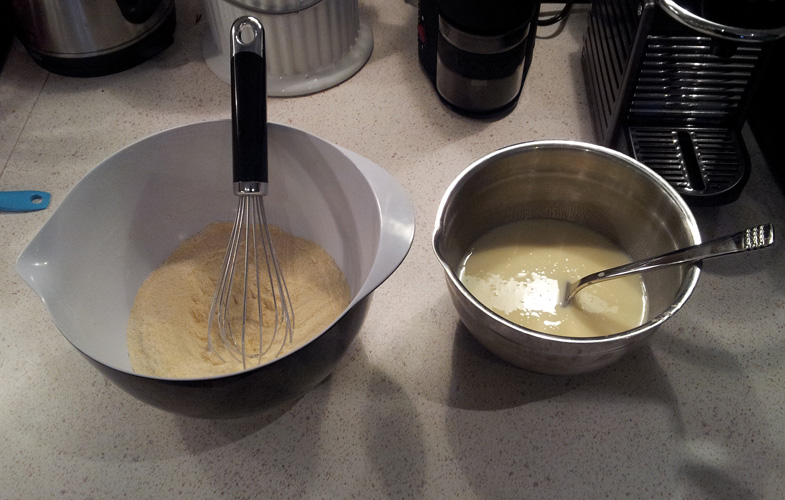 Soon two will become one

Step 4:
Here’s the trick to this cornbread. Pour the wet ingredients in to the dry and stir but not too much! Just a little bit. Honestly only stir about 15-20 times! You don’t want the mixture to be smooth like batter. If there’s lumps of cornmeal or flour left around that’s fine! It makes the bread that much more authentic. If you over stir your cornbread it won’t suck but don’t go around telling people  you followed my recipe cause this is the key part and you messed that up!

Step 5:
Go outside and CAREFULLY pour your batter in to the skillet being aware of splashing oil and the hot skillet. Probably best to wear oven mitts. 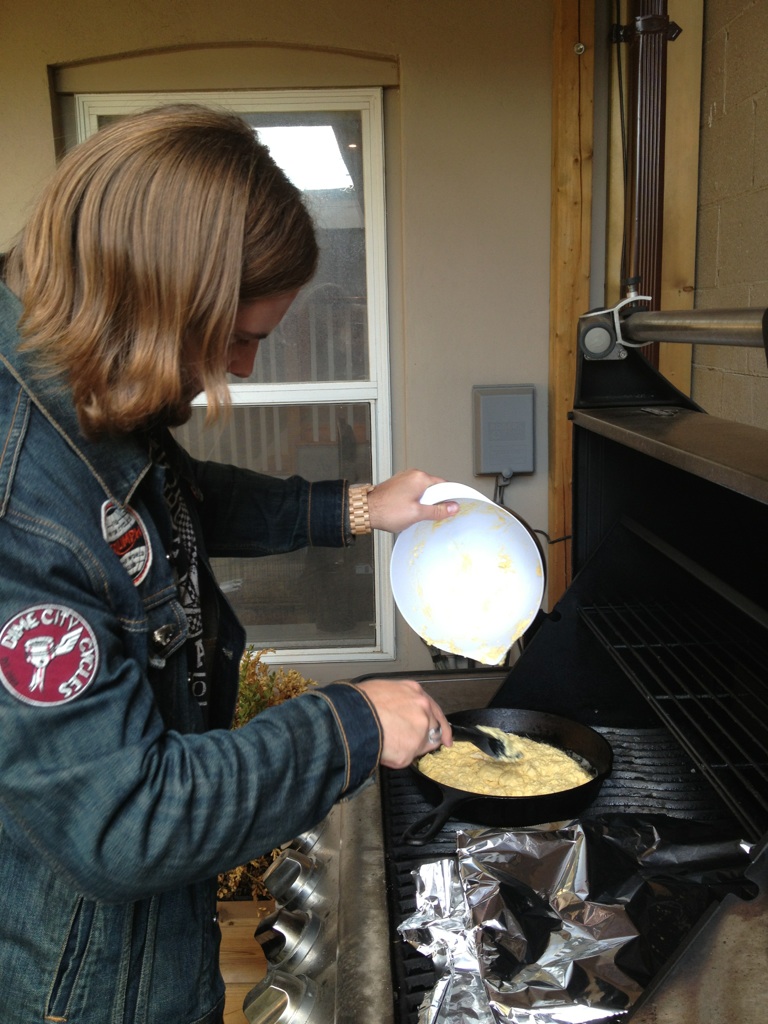 El Granto doesn’t always bake… but when he does it’s on the Barbecue.

Step 7:
Keep an eye on your temperature and just wait. Let that baby bake for 15-20 minutes or until the top of your bread is golden brown.

Step 8:
Remove your cornbread from the barbecue and let it rest for 10 minutes while you finish that beer. Take a plate and put it on top of the skillet and flip to remove your numnums. 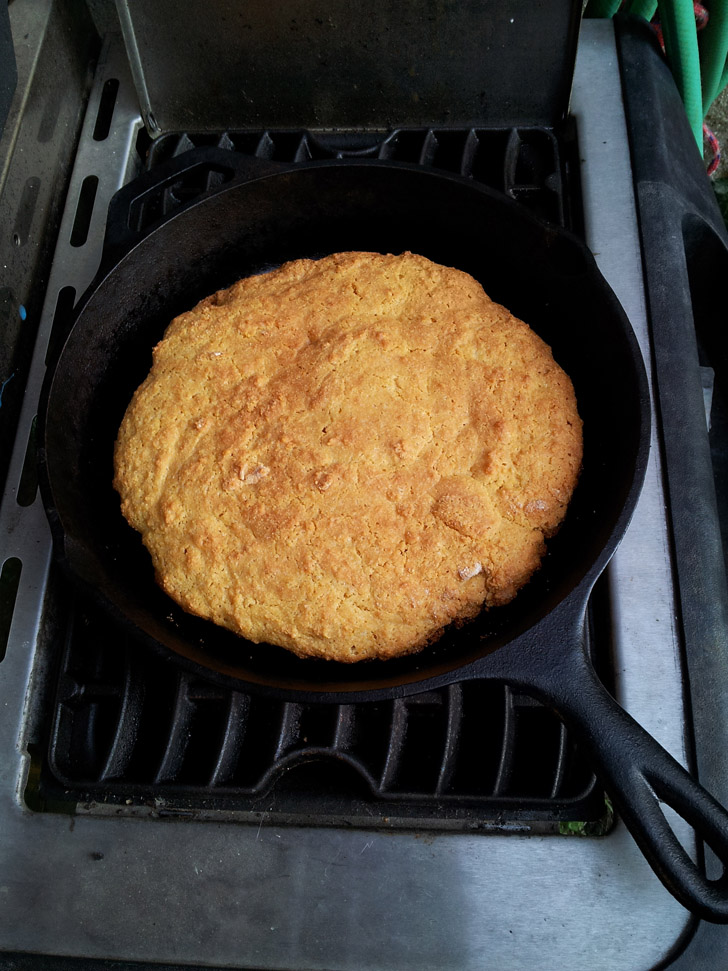 Cut your bread in to wedges or squares or hearts or whatever you want and then eat half of it in one sitting.

Later on if you haven’t had your fill cut a slice, butter it, and throw it on a super hot grill for a few minutes to heat it and give it some grill lines and enjoy it with honey. Mmmmmmmm!