January is usually a slow time in the real estate market. People are burrowed in their homes keeping warm, not wanting to traipse through feet of snow to visit open houses. The market sees a few homes up for sale, but not the number that usually grace the MLS in spring, summer and fall. Still there’s usually a good little inventory that keep the market going, and offer a decent selection to would be home owners.

This winter in Toronto, there is a lack of inventory on the market, and it’s starting to make people do crazy things. It’s reminiscent of Black Friday at Walmart and people willing to fist fight for a half price flat screen tv. Now don’t get me wrong, the Toronto real estate market is always hot. Back when we were looking we saw over 100  homes and witnessed bidding wars up the prices well over our budget. The worst we experienced was a Victorian on Euclid where we had to wait in line for our scheduled showing and it went over for 100k over asking.

That my friends is nothing compared to what’s been going on in the West end of Toronto in the last few weeks.

A dilapidated fixer in Roncesvalles with soot covered walls, no heat, missing windows, knob and tube wiring and a gaping hole in the roof had over 300 viewers to it’s weekend open house. 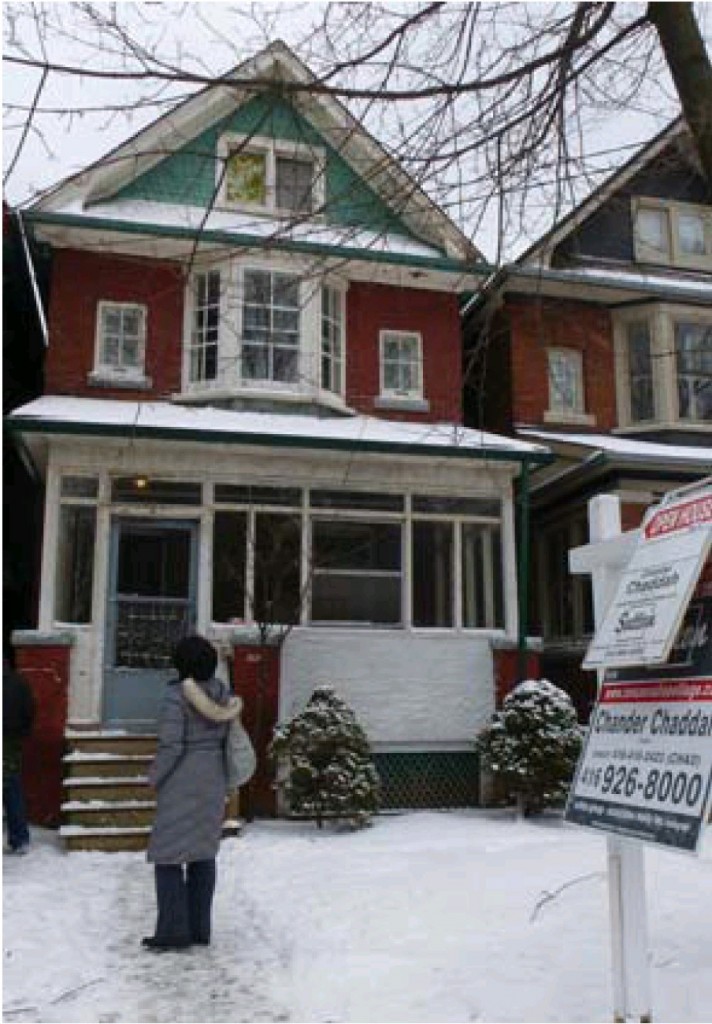 The listing alone advised viewers to leave their kids at home. This was not a move in ready home. I’m surprised it wasn’t condemned, and to even have electrical and gas service hooked up extensive rehab was needed. The agent estimated that it needed $400k to make it livable. In the end it sold for $803,649. $153,749 over asking. WOWZA. [See the Toronto Star article here.]

In comparison, two streets over from our house, a move in ready, renovated semi with a basement rental unit topped the scales with 500 open house viewers, 32 offers and a selling price of $848,625. A measly (cough cough) $208,725 over asking. 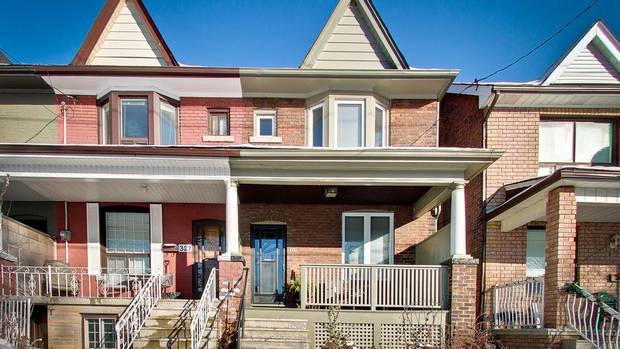 West Toronto semi that sold for almost $210,000 over asking.

This is my neighborhood. The same one where I regularly find beer bottles in my planter boxes, have seen drug deals happen on the corner, and the dog caught a hooker & a john in the back alleyway during the summer. (He barked, and scared them away. )

Our neighborhood is gentrifying, and really it had nowhere to go but up. It was a working class neighborhood with tons of industry which kept it from soaring in the earlier housing booms. Now is it’s time for change, as the industry slowly moves out the condos have started to go up bringing with them new infrastructure as well (a new Metro & Shoppers Drug Mart going in at Dupont & Lansdowne). The proximity to the subway and the vast array of restaurants & bars makes it a hipsters paradise, and the real estate market has followed the brunch crowd. However, $850k for a semi?! That’s  just ludicrous! [See The Globe and Mail article on the house here, Toronto Star here, and for a more candid article see the Mash here.]

Is this the way the Toronto West End market is headed? I doubt it. It most likely was a perfect storm with lots of desperate buyers and few houses on the market. Come spring when the mercury gets above sub arctic, and the sellers come out of hibernation, the market will (hopefully) spring back to its normal status quo. Until then, good luck intrepid home buyers, good luck!