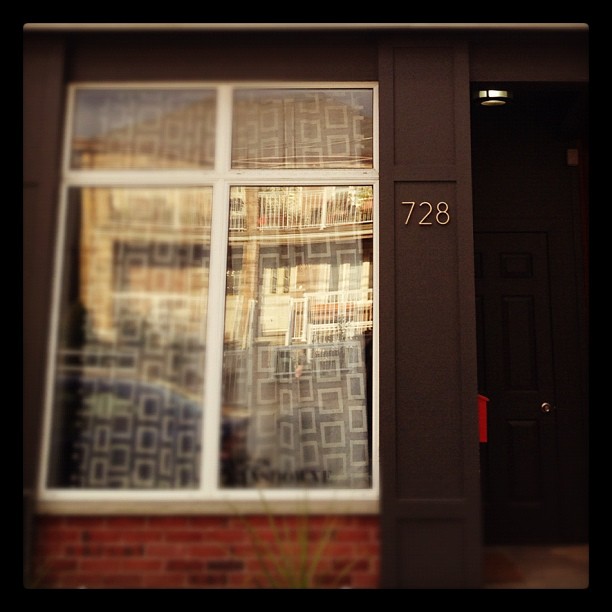 Toronto used to have stores on pretty much every corner. General stores, grocery stores, butchers, bakers, barbers etc. A lot of the conversions were simply making use of buildings that were no longer needed. Some kept the storefronts looking exactly the same, and others tried (and mostly failed) at making them look like regular houses. I have come accross a few good articles about storefront conversions in Toronto. Check out this piece from Toronto Life, as well as this fantastic home/work space featured on Dwell.

I wish our house had more of the original features, but alas I cant turn back time. I am envious of other Storefront conversions wherein more of the original charm is left. When walking around the city, I try to photograph other Storefronts that I find interesting, and have amassed a few storefront Instagrams. I will try to periodically do posts about other storefront conversions I’ve found, but to start it off, here are a few of my shots. 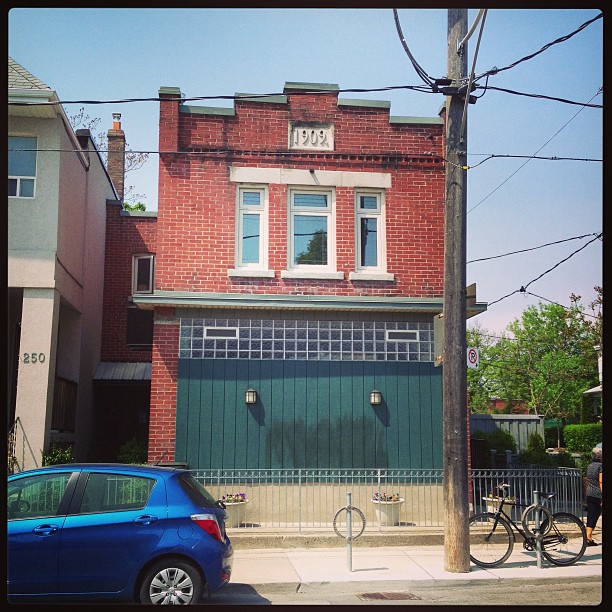 Why did you remove the windows?!

I absolutely love the structure of this old building, but it hurts my heart that they removed the old storefront window & entry door. Now the exterior looks incredibly unbalanced, and they must have lost a ton of the beautiful natural light on the main floor. (Old Storefronts usually didnt have windows on the sides of the building, so the storefront window was all the light for the whole main floor.) I would love to see this place with a center entry door, and two big windows on either side. It has the height to have a beautiful transom as well. The date on the building is 1909 and it’s held up beautifully for the last 104 years. The brick looks like its received some re-pointing and maintenance in the last few years, but I’m glad to see it wasn’t painted over. 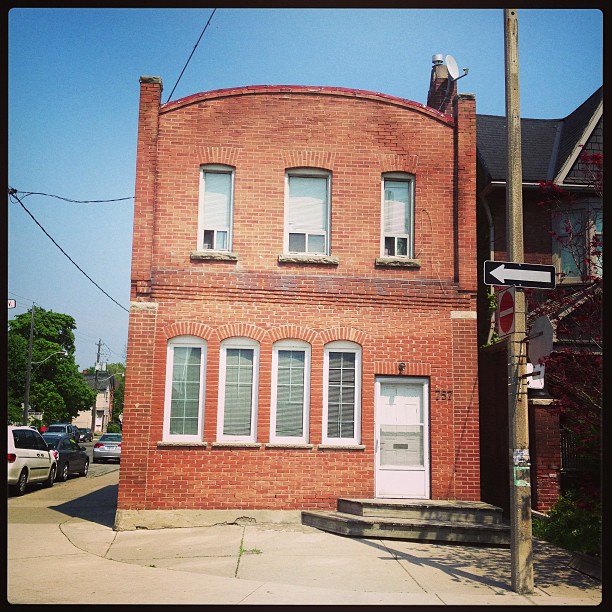 I appreciate the attempt…

This guy happens to be right across the street from the storefront above. Again, they have removed the storefront window. Here they attempted to match the brick, and the architectural style of the windows, but the spacing, window style and the door are all wrong. It could have held a much larger & impressive door (and maybe a cute little awning) as well as a larger window. At least they kept some sort of windows though! 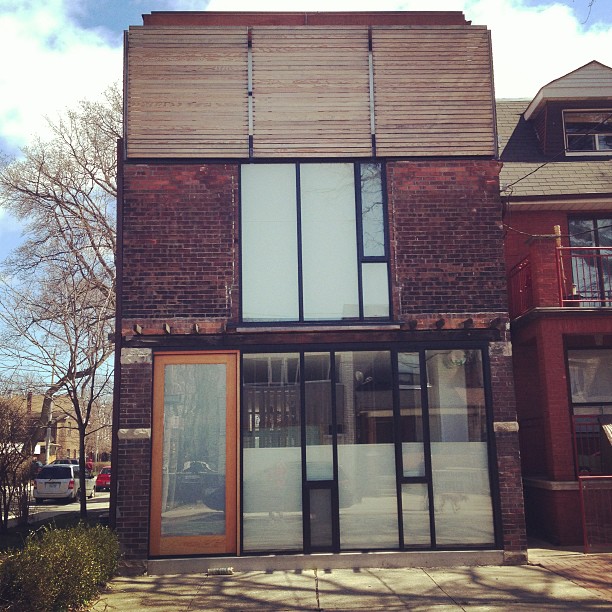 This house is a pretty interesting build. It’s hard to see from this pic, but they added a massive third story addition, which has some sort of outdoor space as well. I am not usually big on modern conversions, but I happen to love this one. They kept big windows, a large door, and embraced some of the architectural features. I actually like that they left the old awning joists exposed. It must make for some neat shadows in the afternoon light. They used good quality materials, and I always am a sucker for black windows. It’s got a bit of a west coast vibe, and its similar to our neighbors conversion (we live in a semi, and our neighbors are just finishing up renoing their place using a ton of cedar & glass.) 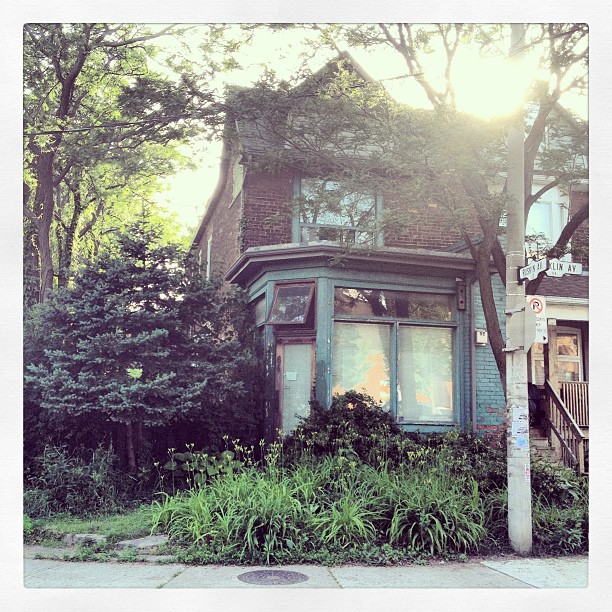 Converted into a Storefront, then back to a house

I don’t believe this place was always a storefront. It has the look of a front addition after the house was built. At some point in time it was converted back to a house. It has a great location and corner lot, but sadly looks like it hasn’t been maintained that much in the last few years. The old transom window is still operating though! 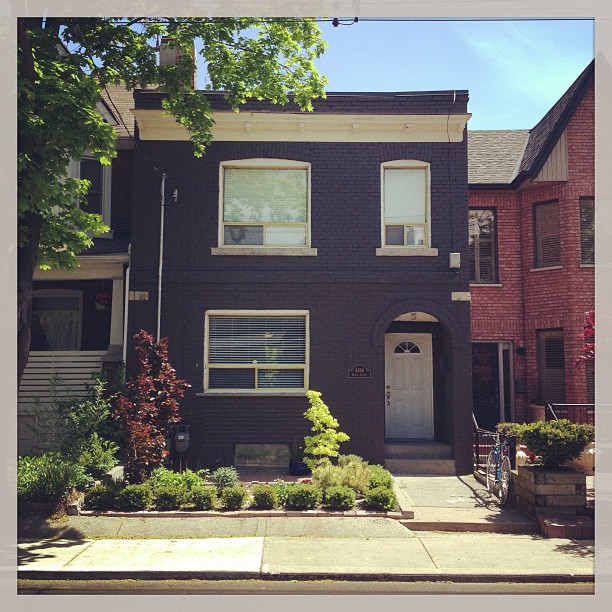 What do you think this used to be? Doctor’s office? Barrister?

I love this place. Not a conventional storefront per see, but it was commercial of some sort. My bet is an office, maybe a doctor, vet, lawyer, accountant etc. Something a bit more posh than a general store, but still not residential. I love the conversion, adding a bit of green space to the front. I just wish that window wasn’t an afterthought vinyl window, with a too small window sill. The painted brick does do a good job of bringing everything together though (and I am sucker for dark grey!) 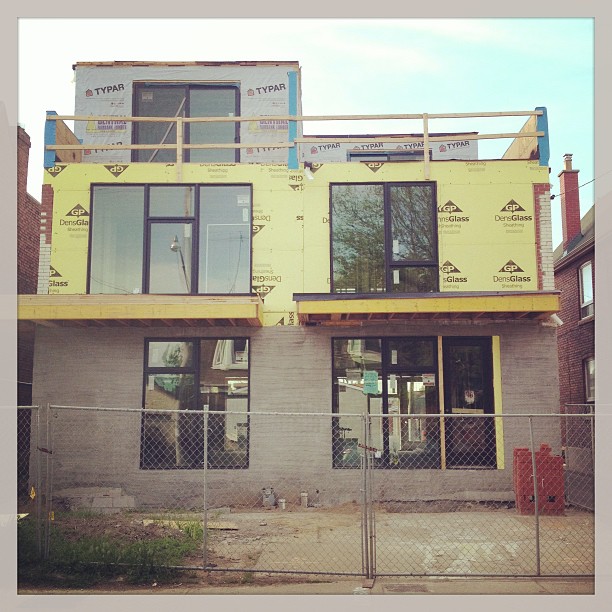 I have a soft spot in my heart for this place, as these were the kind people who let us have some of their bricks during demolition. The storefronts that were here were in bad bad shape, and not much to look at. They underpinned everything, and added third story additions/patios. I cant wait to see it completed! 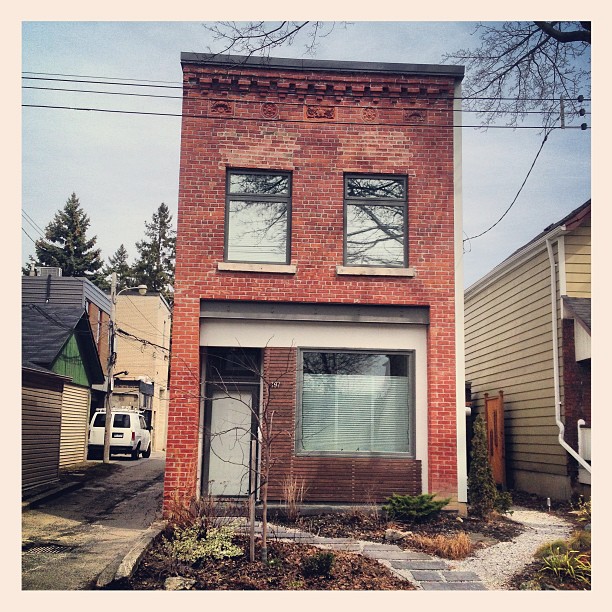 This place is one of my favorites. Yeah, they nixed the storefront window, but  they kept the brick, and did an interesting treatment with the wood slats. I love the landscaping, and dark windows.  Another place that I would love to see the inside, as I feel it is probably renovated in a similar manner as the exterior.

Which one was your favorite? What style to do you prefer?

For more Storefront inspiration, check out my Storefront Exterior board on Pinterest. 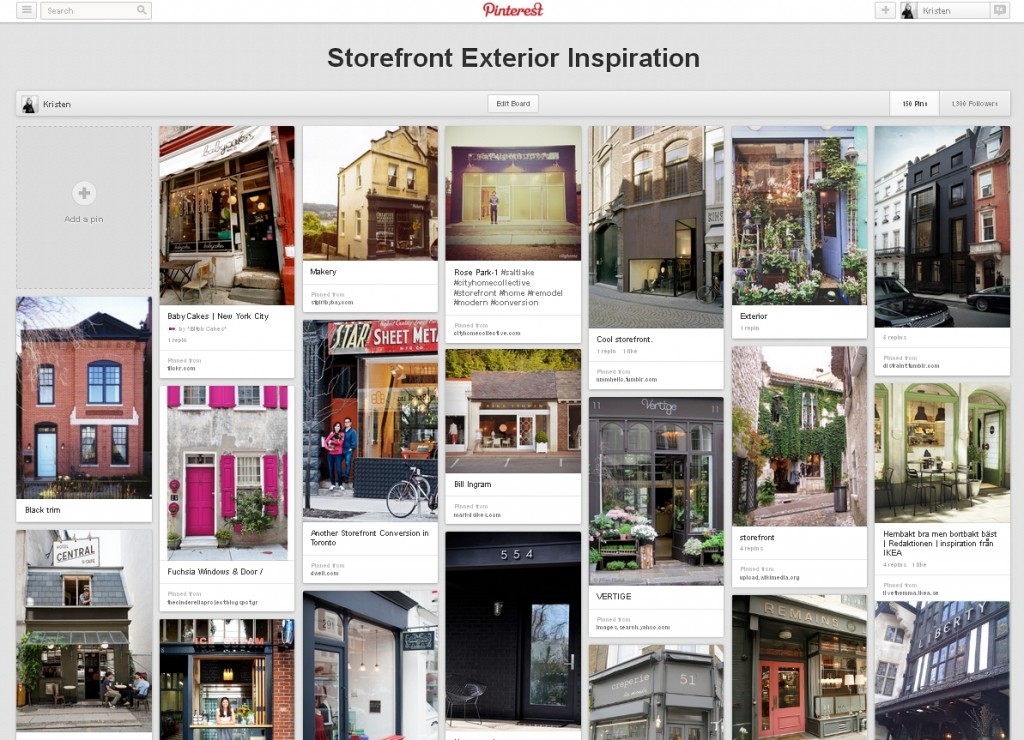