How to Open an Ikea Box

Ever tried to open an Ikea box and got so frustrated you just started ripping the cardboard hoping to somehow get that damn box open? Dont worry, we have all been there. Ikea boxes are strong and sturdy but glued shut encased in a little Swedish tomb that you think you’ll never be able to open. Well my friends, we have figured out how to open most Ikea boxes simply and easily (I say most cause some boxes are so well glued nothing will open them. In those cases I resort to tearing and swearing.)

So what you ask is our trick?

Take screwdriver of your choice, and weedle it into one end of the box. 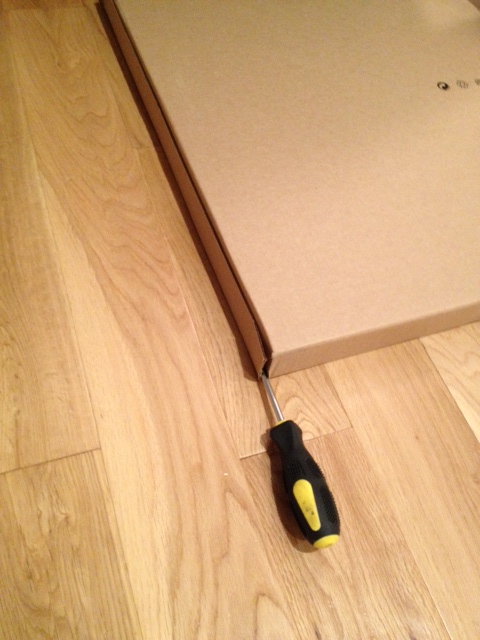 Pull up on the screwdriver. 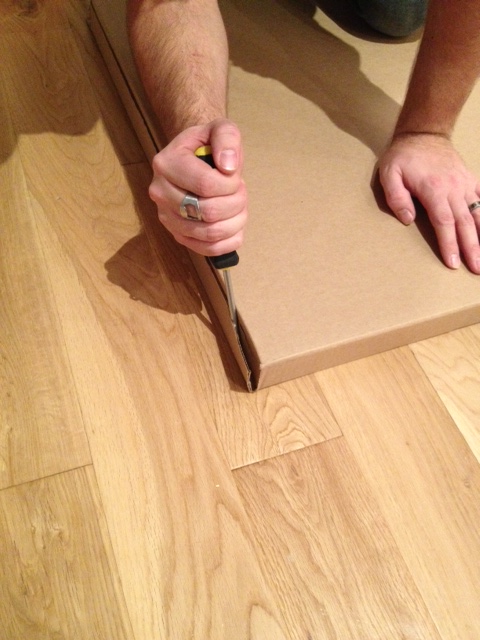 Then slide the screwdriver along the box, opening the end in its wake. 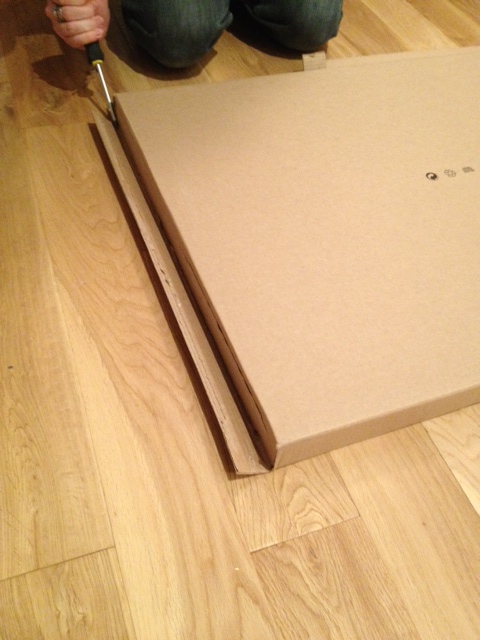 *one word of caution, watch where your screw driver is going, and don’t let it come flying off the box and make a divot in the hardwood in the dining room, or else your wife will screech at you “watch the floors dumbass!”

I know. Its so simple you’re surprised you never thought of it. Instead you broke countless fingernails and scratched your new cabinet when you tried to open the package with a box cutter. Now you love me and will forever be grateful for saving your marriage. I wonder what the divorce rate as a direct result of Ikea arguments is? Oh come on, you know you’ve had an Ikea argument. “If you like the Kivik sofa with the Dansbro red slip cover so much you can sleep on it indefinitely!” Shopping at Ikea is a domestic situation in the making. Don’t believe me? Check out this post from Apartment Therapy.