Half a power outage?

Saturday evening we were sitting in the dining room painting things and chit chatting when El Granto decided to go upstairs and grab something. He found the light “burnt out” to our master bedroom then proceeded to find the upstairs hall, bathroom, staircase and livingroom lights out as well. Our cable and tv were out, as were our office electronics and wifi. Strangely the dining room and fridge and stove were not affected, but our kitchen lights were toast as well. 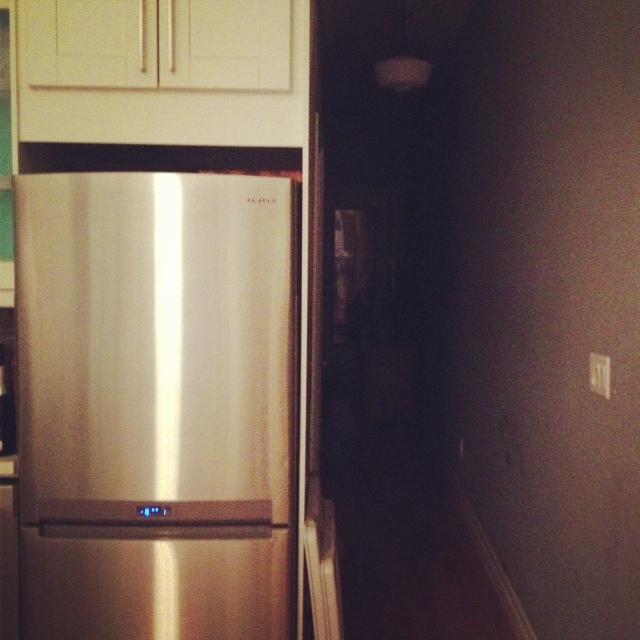 Front half of the house had power, back half: not so much

Our first thought was to check the electrical panel, so down we headed to the basement. No breakers were tripped, but we still turned each one off and on again, as well as turning the main supply off and on again. Still nothing. There didn’t seem to be any issues with the panel, it wasn’t sparking, arcing or on fire, so we were a bit perplexed. We feared a major electrical problem and a costly repair bill. Not to mention this was 8pm on a Saturday night. While El Granto went to check with our neighbors (to see if they had any power problems, and where he kindly got an invite to join them watching Despicable Me.) I called our power authority in hopes that there was a crazy power outage that would somehow only affect half our house.

Surprisingly someone picked up the phone at Toronto Hydro and didn’t think I was a complete nutter. He asked me a few questions, the classic IT question of “have you tried turning it off and then on again” and we went through the steps we had taken. I was expecting him to tell me to call an electrician, but instead he said they’d send someone out in a few hours.

Gearing up for a large bill from the laughing hydro guys, I agreed and El Granto set to procuring extension cords and making us a cozy movie night.

At around 11pm a knock came to the door and we opened it to find two men in big orange reflective jumpsuits and hard hats. They were kind and polite (although poor Odon was freaked right out by these reflective guests and had to spend the remainder of their visit in his crate). They asked to come in and check the panel, where they found no problems.

They then headed outside where parked in front of our house was a giant hydro truck complete with ladders and booms and tons of flashing lights blocking traffic. They got out their big ladders and started scaling our house. Within minutes they had found the culprit. The line coming in from the street is aluminum and our house is wired with copper. Over time these foes can decide they don’t want to play nice anymore and create a short. What we didn’t know is that we have three separate lines going into our house, and one of them shorted, thus leaving only half the house in the dark. They quickly chopped off the angry wire, replaced it, and we had power again! We knew this as all our fire alarms started going off in unison. Our saviors in orange jumpsuits packed up their ladders and tools and left with hearty waves off to save the next house stranded in the dark. 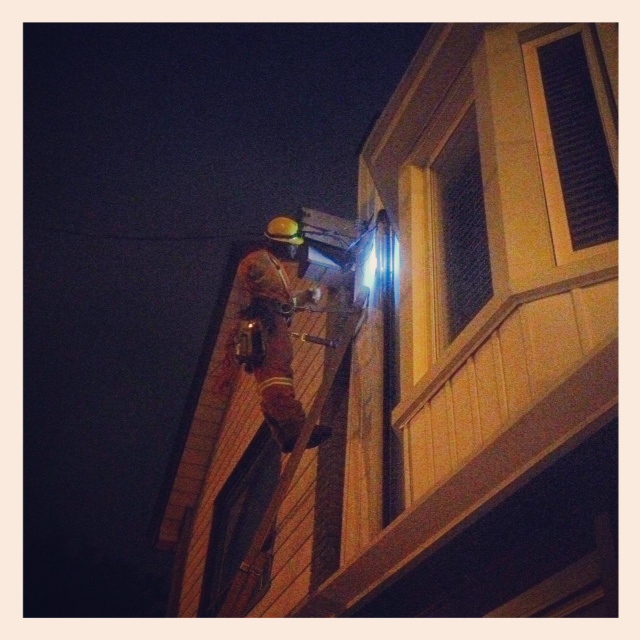 Exhausted after our exciting evening, we proceeded to go inside, shut off all the lights and go to bed. But at least I didn’t have to navigate the 3am bathroom break in the dark.

So if your house (strangely) loses half it’s power. After checking the possible causes, call in your power company, cause it might be a problem with your power line! Who knew?!