Hey, I don’t know if you’ve noticed the author name on this post or on the homepage but it’s not Kristen. Yeah, I know you don’t see the author name of El Granto here a lot. Frankly Kristen’s just better at it. But I’m here now and I’m all you’ve got for today, so you better like it!

I’ve been looking at really nice tool rolls (for motorcycles) recently, and was completely inspired. I wanted one of my own but thought I’d re-purpose the idea to hold my notebook, pencil and a few other things. I’ll probably make one for tools in the near future too.

But before we get in to it I have a little disclosure. This is only my second time using a sewing machine. I am not a pro. I also had no plan. This project was 100% by the seat of my pants. BUT I had very minimal help from Kristen so I feel it’s not unreasonable for me to be proud. I am also not as good at taking pictures of my progress as Kristen is. She’s usually the one snapping away while I’m sawing, hitting, or drilling.

I started off by drawing out what I thought would be a good plan on some leftover fabric from Kristen’s outdoor daybed project. 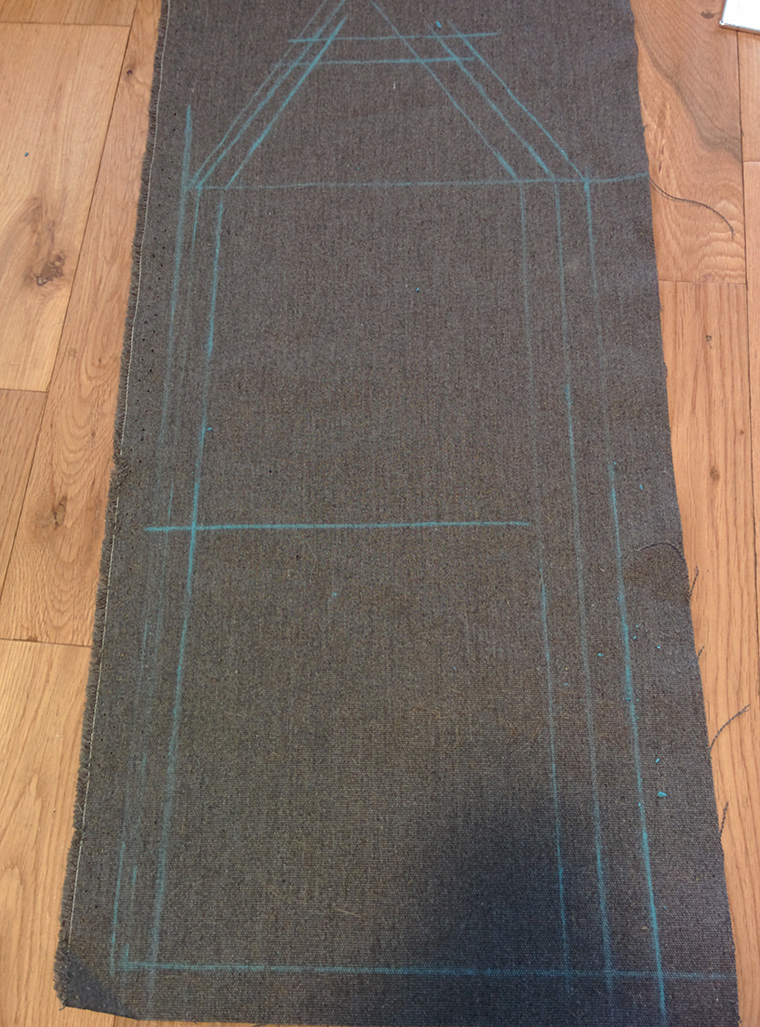 I had an idea in mind of what I wanted, then promptly forgot that idea and stormed ahead!

Cut it out and iron the seams! 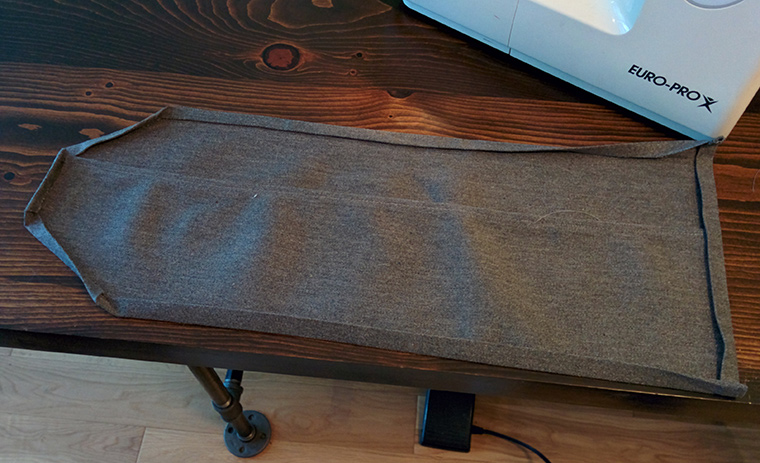 Then I remembered that I needed a way to have pockets… So I cut out a panel to sew in with the seams that would act as the front of all the pockets. 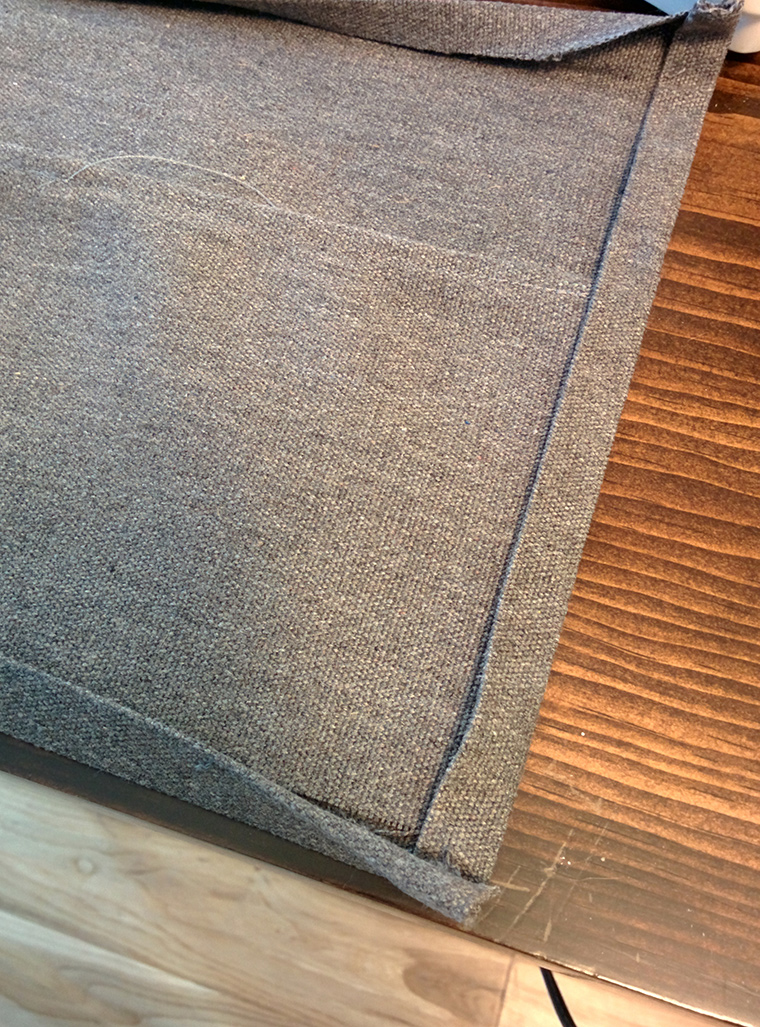 While sewing I didn’t take a single picture because my brain was either thinking up new insults to hurl at the people that make sewing machines or way too busy concentrating on not getting the threads all tangled up. Kristen did have to step in a few times to suggest technique or talk me through untangling bobbins.

After double sewing all the seams I ran a few vertical stitches to create each pocket and added a leather strap to make sure it doesn’t come unrolled in my bag. 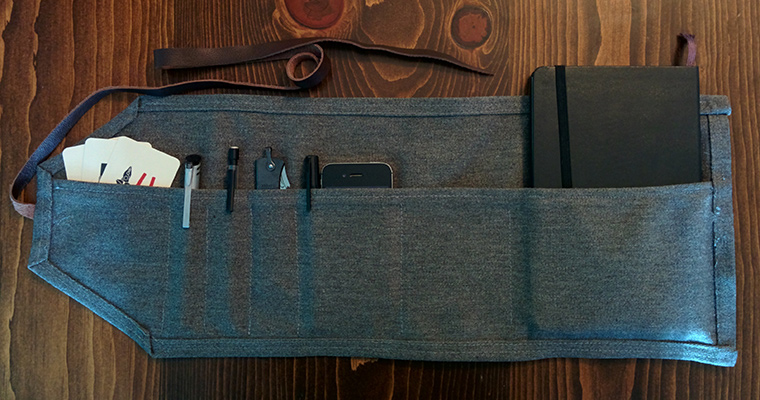 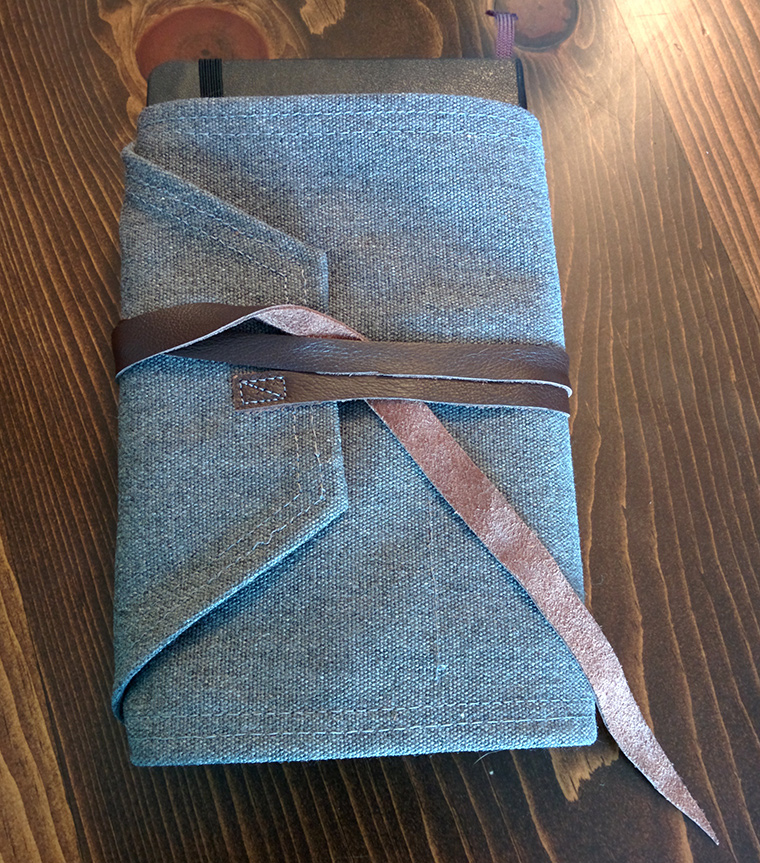 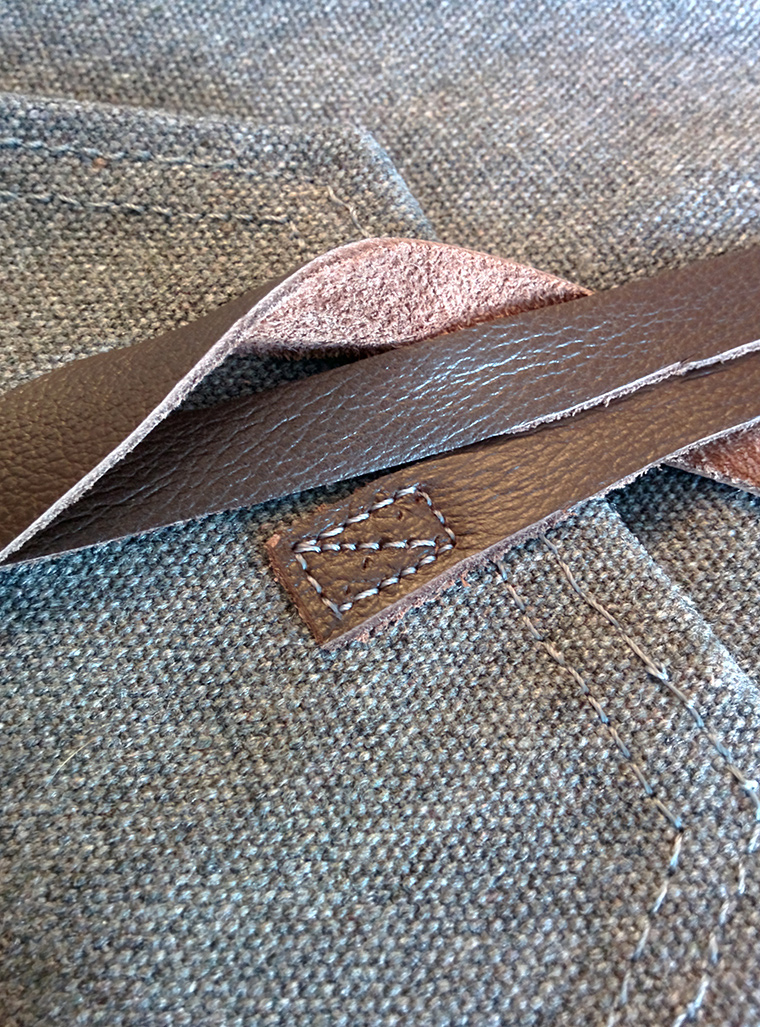 The original plan was to wax the fabric. But I think I’ll leave it as is. It won’t be seeing aggressive use and will mostly be in backpacks and saddle bags. I’ll be making another version soon to actually hold tools that will be a little more detailed. I’ll probably wax that one using the method we used on my workshop apron.

What do you think of my tool roll? It’s like a manly pencil case!

two out of five