I’m currently balancing two projects. Finishing the basement when the weather is terrible, and working outside on the daybed when the sun is shining. Oh and shopping when it’s just too miserable to do either.

I made a stab at painting the stairs to the basement a few weeks ago.

The staircase is slightly sketchy looking, held together by magic, physics and luck. The stairs were made with what appears to be the left over rough sawn douglas fir floor joists. They were old, dirty, full of charcter and needed a little tlc. 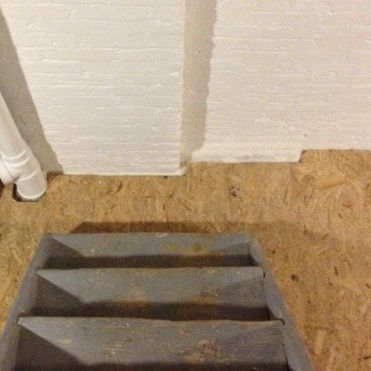 They would never be pristine, but hey, they could be a bit better. I scrubbed them down, gave them a sand, pulled out the errant nails on the stair treads (who puts nails on stair treads?!), and gave the whole staircase 2 coats of BIN primer. 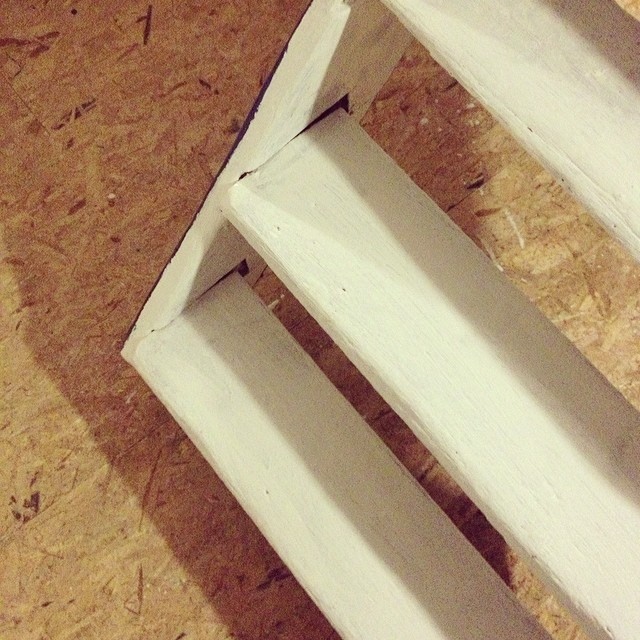 As I put the primer on the last step I realized I had painted myself DOWN the stairs, and had effectively trapped myself in the basement until the primer dried. Have I  mentioned lately how awesome I am?

After I watched the paint dry (about as fun as it sounds), it was paint time. I picked up the color chart for Behr flooring paint, and said to myself: “Self, I know you want to pick grey, but maybe you should step outside of your comfort zone and pick something a little different”. 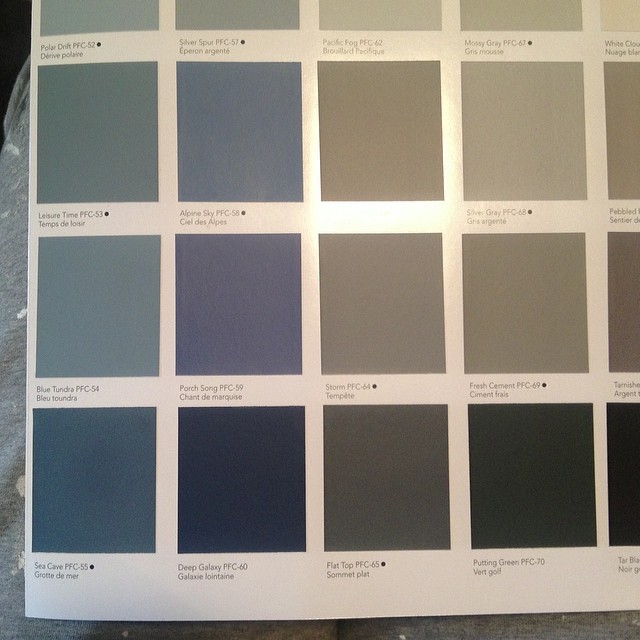 I jumped out of that comfort zone and went with the nice rich navy blue of Deep Galaxy.

With paint in hand, I started to paint the stairs, this time painting every other step so that I could escape and not have to live in the basement indefinitely. 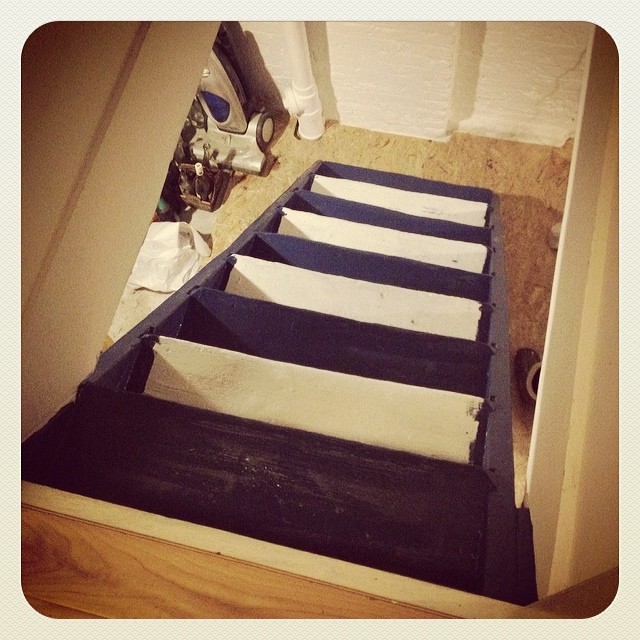 What do you think of my color choice?

Cause I HATE it.

I looked at it for weeks contemplating finishing the blue paint job and seeing if it magically grew on me.

Weeks later…It still sucks. It’s too dark, it makes the steps hard to see, and the color matches nothing in the rest of my plan for the basement.

I bit the bullet, headed back to Home Depot, and picked a new color. 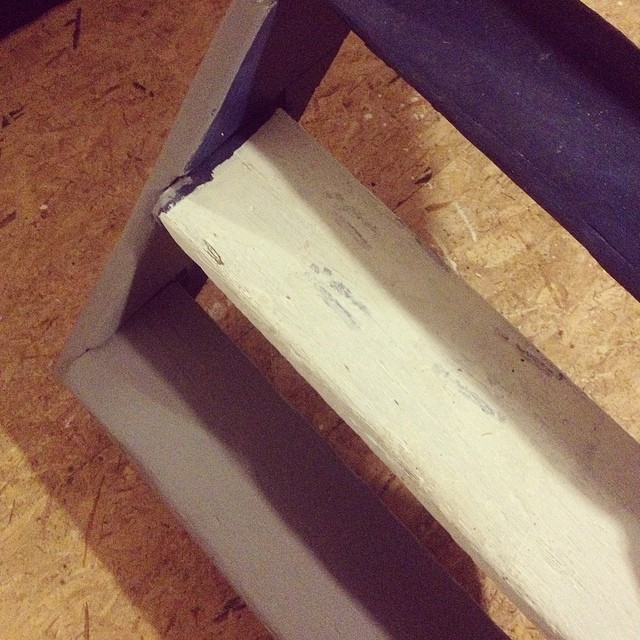 My old friend. My standby. My tried and true companion. My Amy Pond*.

Now. Anyone want to come over and paint my stairs? Cause painting stairs kinda sucks.

* That’s a Dr. Who reference for any non-nerdy (aka non-awesome) people out there.