El Granto always wanted a bar. Not just any bar, but a man’s bar. One to hold bourbon and cigars, mustaches and testosterone. One that smelled like rich mahogany and leather bound books.

We were at Aberfoyle Antique Market one Sunday when El Granto spied a vintage Hi-Fi cabinet. It was solid wood, had two doors on the front, and a pop up panel in the top where the record player used to go. It had long been stripped of the electronics, but still had all the charm. El Granto saw the potential for this to be an amazing bar. He could already picture himself drinking a Tom Collins while smoking a Cuban. So we haggled, packed it into the (in-law’s) car, and brought it home. 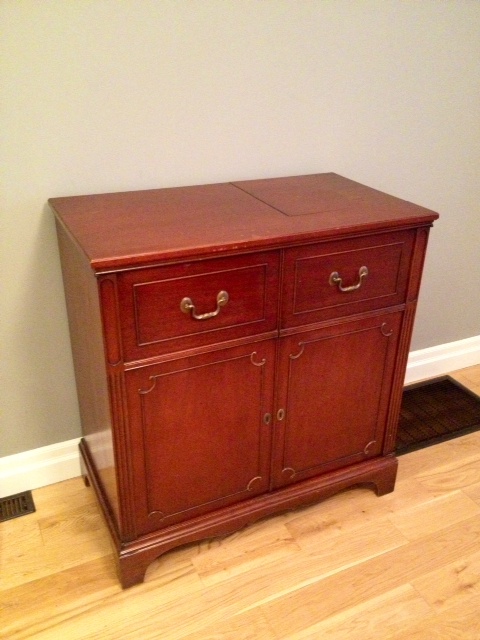 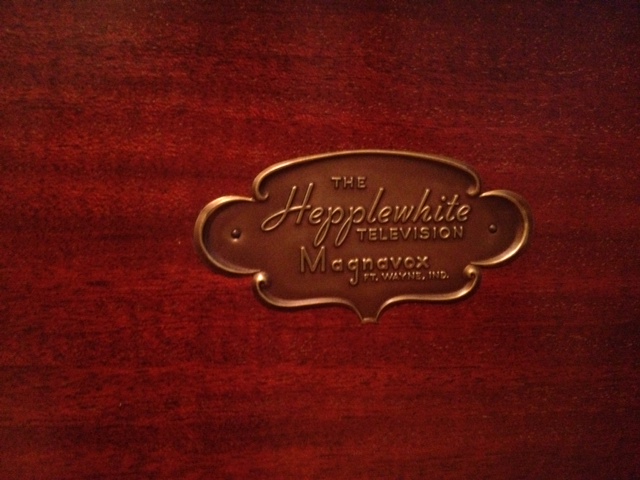 It was a “Hepplewhite Television” by Magnavox

Problem was, the unit had no shelves (it needed 2), nor did it have a back. There were shelf cleats in the main cabinet where the TV had been held in place and a gaping hole where the record player used to be (it had a really cool mounting system where the record player just sat on four cleats that had springs on them so you wouldn’t skip your record while walking by or dancing around). So we just measured shelves to fit where electronics were previously. We knew we were not going to be able to match the wood and finish.  So really the slate was blank for whatever kind of shelves we wanted. We purchased some 3/8” hardboard, had it cut to size at the hardware store and got to work. We bought some black faux ostrich leather fabric and wrapped and glued it on to the hardboard and dropped them in place. Easy Peazy Lemon Squeezy. We then gave another piece of hardboard a coat of black paint and nailed it to the back of the bar. 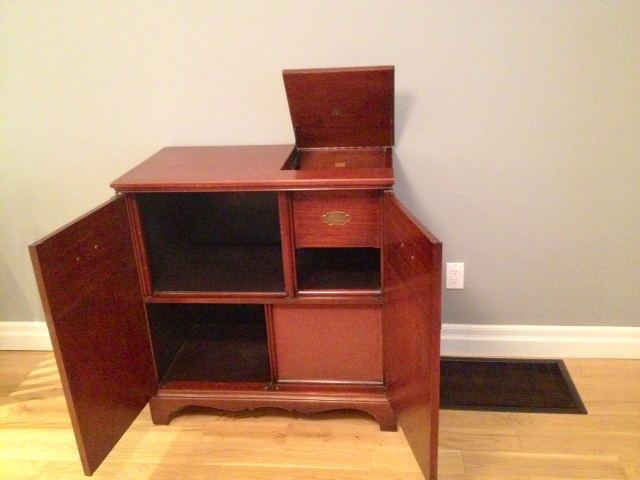 The Bar with shelves and a back installed

El Granto uses the pop up drawer to hold misc cigar items, his humidor sits on top, the inside is full of bottles and bar wear.

The top also has an antique silver tray, decanters and decorative items.

The bar used to live in our dining room, but after we added the big new table and the coffee bar, the poor bar had no home. Sad face.

So we emptied it out, and carried the HEAVY bar upstairs into the office. Now it resides under an antique painting, and beside the bookcase. 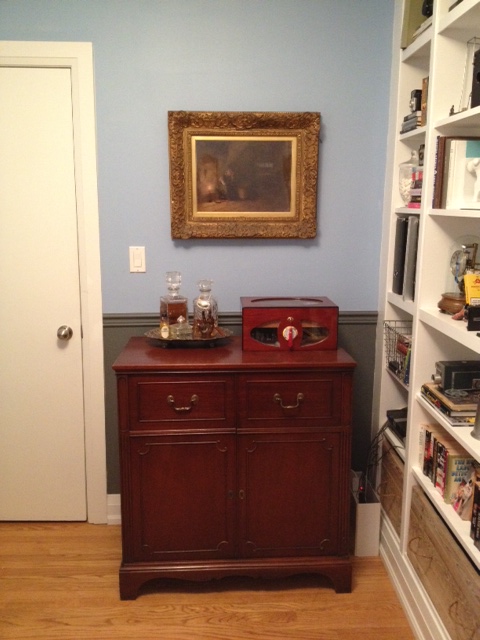 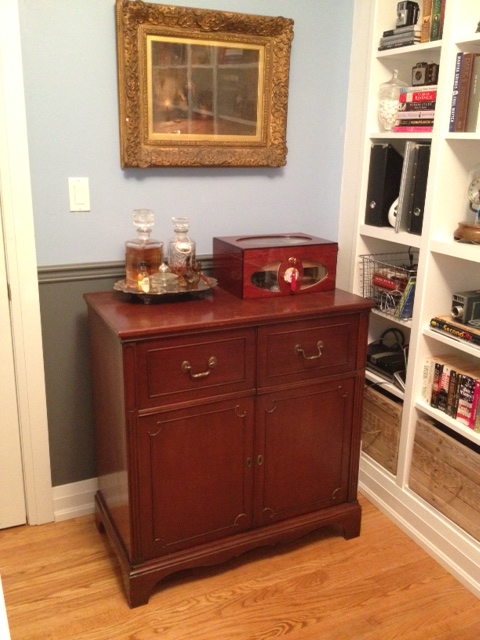 The office is becoming more manly. I am expecting it to grow chest hair any day now.