Our “U” shaped kitchen was a bit short on one end. Our peninsula oddly only came out 4 feet from the wall, and perpetually looked a bit “off”. He was just too short, too stumpy, and because of such he wasn’t that much use*. He wasn’t really a good prep space, nor did he have enough room to use as a service area for the dining room. 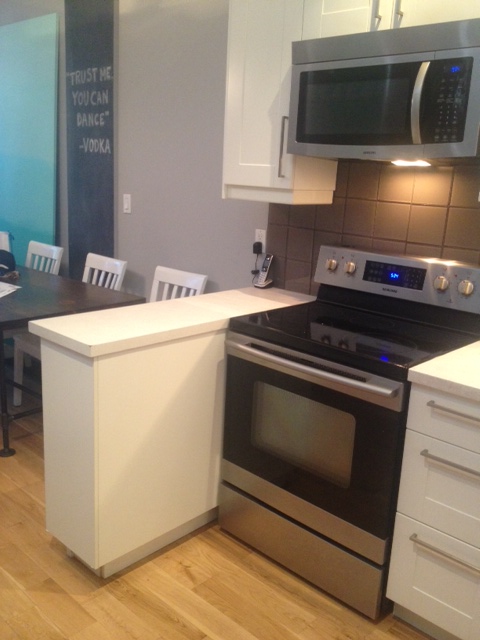 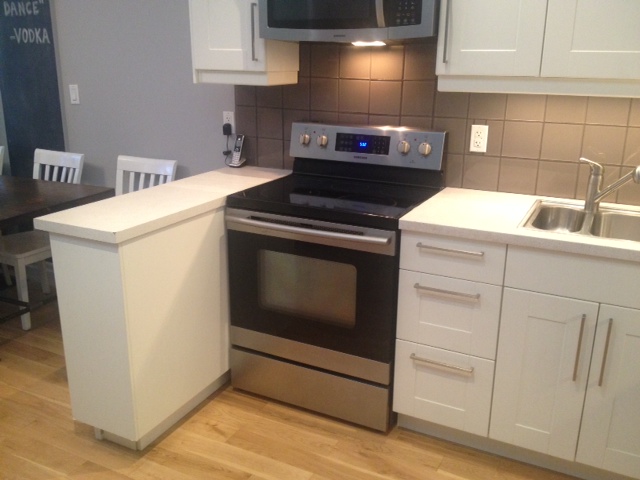 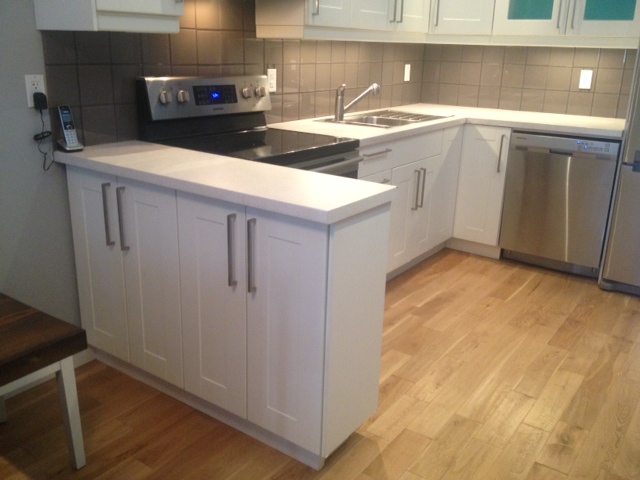 When preping for new countertops, we knew that we wanted to make Mr. Peninsula a bit bigger for function and to balance the space better. However as our house is tiny (12 feet wide!) we didn’t have a ton of room to play with, without risking/impeding the traffic flow through the main floor.

The peninsula was actually an area of great debate in our house. We agreed on the countertop finish, colour, the coffee bar, the shelving and dining table choice, but we had trouble coming to a happy place with our peninsula. Ideally we would have ripped out all the skinny cabinets and put in full depth cabinets with a wine/beer fridge. BUT we just didn’t have the room (if we wanted to keep a dining table that seats 6-8). I wanted to add some more open shelving or potentially a wine bottle holder, El Granto thought that would look dated and tacky (after some thought I believe he was right about that). In the end, we decided to add a 12″ matching Ikea Adel cabinet, and seamlessly make the peninsula a foot longer. Not a huge gain, but that 12″ made the peninsula come out to the same length as the dishwasher side of the kitchen, and it will add some more prep and serving space.

So off to Ikea I went, for the second Saturday in a row (sink pick-up the week before), and braved the kitchen department yet again. This time I saved El Granto the trip because he enjoys Ikea about as much as I like perusing the video game isle at Best Buy. 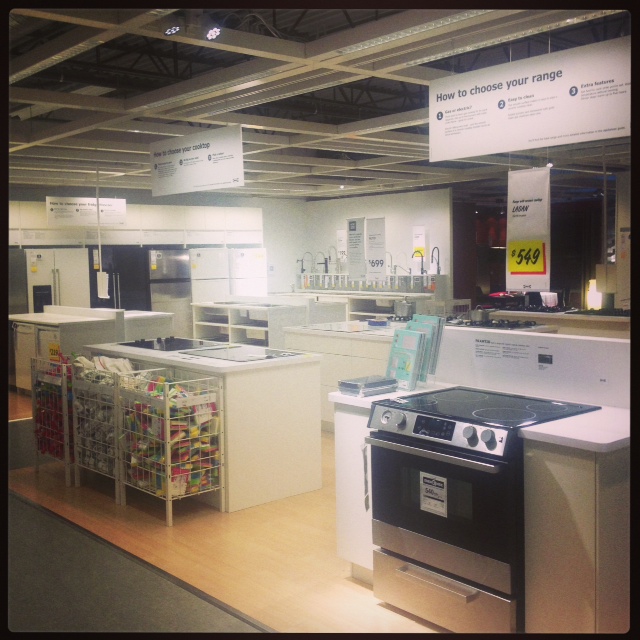 The Ikea Kitchen Department. Come in with a happy marriage, and leave on non speaking terms.

This jaunt to Ikea didn’t go as smoothly as my last, and my round trip took almost 4 hours (including subway and shuttle bus). Ouch. The only saving grace was my froyo treat as I wanted at the full service pick-up.

After getting home El Granto quickly assembled the cabinet while I removed the toe kicks and cover panel on the existing peninsula. In short order we had the new cabinet installed, and we leveled the whole peninsula, as apparently the previous owners couldn’t grasp the concept of Ikea’s easy level legs, and the whole thing was about as level as the Tower of Pisa. As a side note I think they may not had a grasp on the concept of level at all. 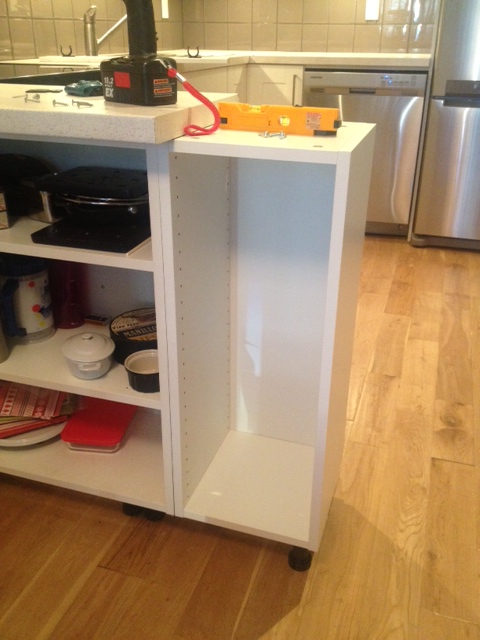 This was the first step in our prepping for Project Concrete Countertops and it was only the start of demo to come. 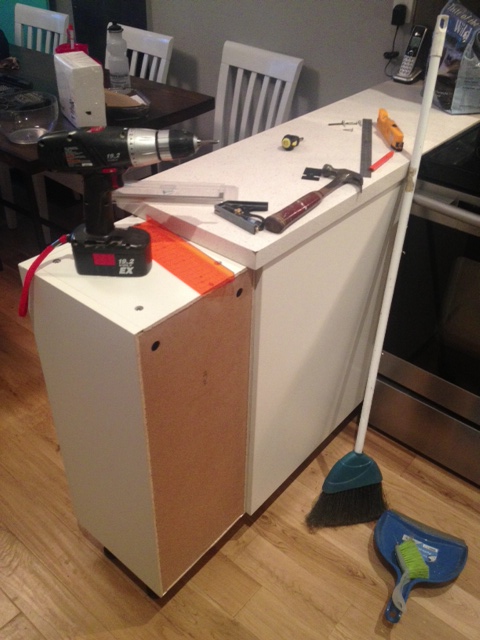 We were left without toe kicks, an uncovered back of a cabinet, no end cover panel, and a countertop that was now 12″ too short. The chaos was minimal and contained, wait till you see how long this lasted!

*If you have a dirty mind, and thought that this post was at all dirty sounding, then that just proves that you don’t read carefully enough. PENINSULA’s people. Get your head out of the gutter.