Have you checked out Craft Fail yet? It’s great, it chronicles peoples epic screw-up’s in crafting/DIYing/cooking things they found on internet tutorials.

As you may know by now, I often get an idea in my head and insist on trying it out. (Like when I cut a hole in the wall.) Sometimes it turns out to be an awesomsauce idea and sometimes not so much…

So this weekend I wanted some bedside table lamps for the Guest Room, but I couldn’t find what I wanted for the price I wanted. So I started looking around the house for stuff to make lamps with. We have two of these $9.99 Ikea Grono table lamps just sitting around collecting dust. It’s like the sad Ikea lamp commercial all over again… 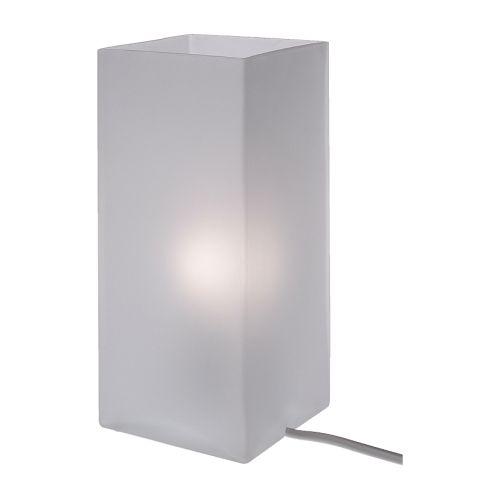 I also happened to have two of these pretty white vases. 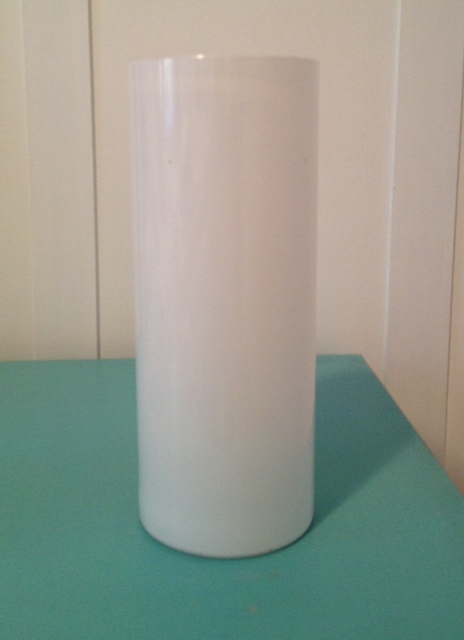 I thought it would be a brilliant idea to make lamps out of my vases using the lamp hardware from my Grono’s. All I needed to do was cut a hole in the bottom of the vases…

Turns out, glass drill bits are EXPENSIVE. And both El Grant & I were convinced I would bust the vases all to hell while trying to drill holes in them. So Instead I thought of all the ahhem cute painted mason jars out there, and decided I should just PAINT the inside of my Ikea Grono lamps with white paint instead.

So I broke out my white chalk paint and gave it two coats. It looked.like.crap. It was all uneven and streaky. I then thought I maybe should have poured the paint into the lamp instead of painting it. So I taped off the bottom hole, poured some chalk paint inside, swirled it around, then tipped it upside down and let it dry.

THIS is what I found the next day. 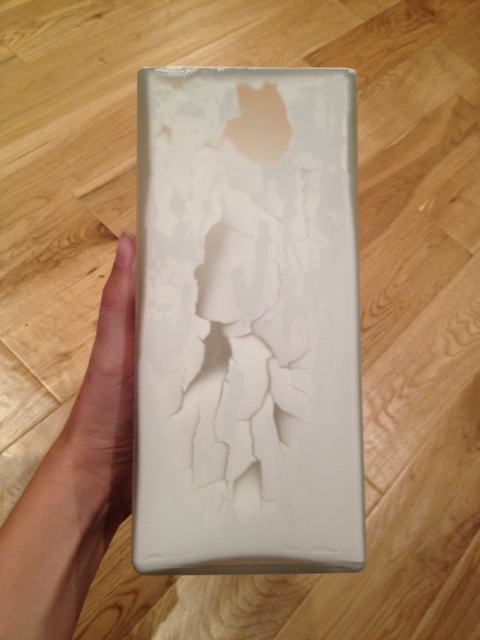 Whats that? Oh its all my paint PEELING off 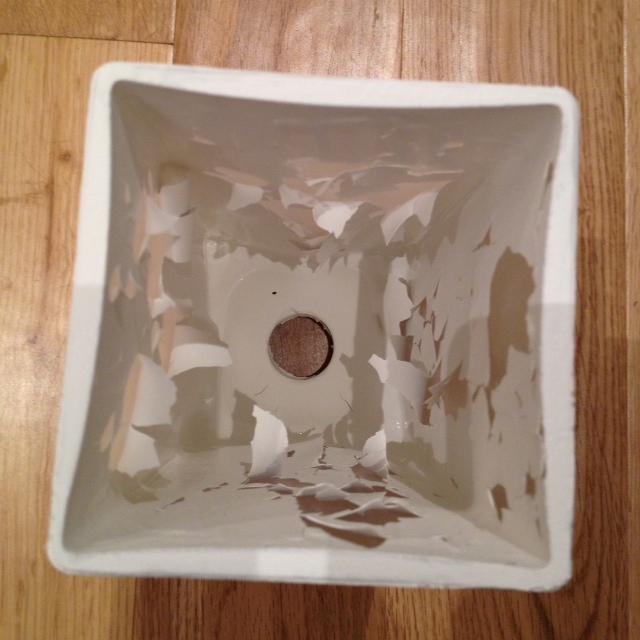