We got a Puppy!

El Granto and I knew long before we bought our house that we wanted a dog. In fact, one of the requirements for our future home was a yard for our future dog.

We both had dogs growing up, and were anxious to bring home a new member of the family. However, there was the problem of having to move out of our house for almost three months for the unplanned renovations, then our upcoming wedding. So finally once we’d tied the knot, and things had settled down a bit, we looked into getting a puppy.

El Granto grew up with Rhodesian Ridgebacks, and I with a German Shorthaired Pointer. After much debate we met in the middle and settled on a Weimeraner. That was until one fateful day… We were walking past our favourite chocolate shop Stubbe and a Vizsla was tied up out front. He was incredibly beautifull, and when we leaned down to pet him he was gentle, sweet and full of love. After looking into his amazing eyes, we knew that a Vizsla was for us.

A Vizsla however…is not for everyone. They require about 2 hours a day of exercise, as well as mental stimulation. These dogs are working dogs, and without a task, they can get restless, and destructive. El Granto and I live in an urban environment, and we don’t own a car. We walk or take transit everywhere. We wanted a dog who would fit into that lifestyle, and come everywhere with us. A Vizsla fit the bill.

Last fall we contacted pretty much every Vizsla breeder in Ontario. We had missed the summer/fall litters and would be waiting until the spring to bring home a pup. Resigned to that, we put it out of our minds and got right into the house renovations. Then we received an email from one of the breeders we had contacted. All the pups in their current litter had been spoken for, but one of the new owner’s circumstances had changed. They had a newborn baby, and the husband was in the military and was being dispatched overseas. They no longer felt that they would be able to give a new puppy all it needed. That meant that there was a puppy available, but it was available NOW. El Granto and I knew we were ready, and jumped! We went to meet the pup the next day, and of course he came home with us. We were so unprepared, we had to stop at PetSmart on the way home and buy the crate and everything else we needed for him. We named him Odin, and his name suits him perfectly. He thinks he is a God, and that El Granto and I were put on this earth solely for him!

It was a tiring first few days, with house training and potty training, and lack of sleep for everyone, but so worth it 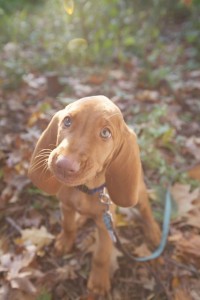 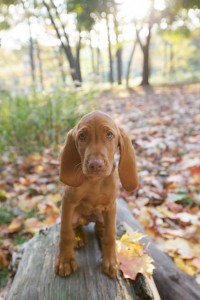 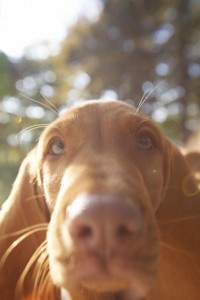 These gorgeous photos are by the talented Allyson Scott. Check out more of her work at allysonscott.com. They were taken at High Park when Odin was 10 weeks.