Day 3 of Houseaversary week! Today’s post is about the inspection.

As you may know, El Granto & I (and the Storefront of course) appeared in an episode of Mike Holmes’ TV show Holmes Inspection.

The show Holmes Inspection is all about how a home inspection failed the home owners in some way. This is absolutely the case in our story. Did we forgo an inspection? Nope. Did we hire a cheap company that we found on Craigslist? Nope, we went with one of the most reputable (and NOT cheap) companies in the city.

Then what went wrong? To be honest, we thought we’d done everything right. We hired an inspector we trusted. We had worked with him before on a house we previously put an offer on. That offer was conditional on inspection, and we walked away from the house when our inspector found termites and a toxic heating oil spill. So what went wrong this time? I think we were all fooled with how nice the house looked. We walked through the house with our inspector looking at everything with him (except the roof). We both have handy parents, and are not house stupid. We knew to look at the windows, furnace, hot water heater, support beams in the basement, electrical etc. We also asked to see the building permits, and we checked with the city that assured us they had passed all their inspections and the permits were all closed. We looked at the architectural drawings, and read the extensive report the Home Inspector gave us. It stated a few things, but here were no big issues. The house looked great, and all the renos appeared to be done very well.

We signed back our purchase agreement and removed the inspection clause, and officially bought the house. We moved in a month later.  I wish the story had ended there on that happy note. What the inspection missed was asbestos wrapped ducts, a poor hvac job, some shotty plumbing, illegal venting, a brand new dishwasher that didn’t work, a stacked washer & dryer that were not attached to each other, lead pipe in the basement, a leaky sink and a very leaky skylight, roof and window.

What would we have done differently? We would have checked each and every working item in the house ourselves. We would have looked in duct work, turned on appliances, furnaces, hot water heaters and ran every single tap in the whole house. We would have looked for wrapped pipes and ductwork in the basement and paid for an inspector who had an infrared camera and who was willing to look at every single detail of our house. The BIG thing we would have done differently was head up on the roof along with the inspector. Photos can be deceiving. In pictures our roof looked okay, in reality the skylight had its own chimney and there was probably 20 different patches of roofing material over the roof. Do I blame the inspector? He couldn’t possibly have known about all those things, but he did miss a few clues that the reno’s were not done so well. Who do I really blame? The previous homeowner who COVERED UP THE PROBLEMS and the city inspector who passed the work. There was an HVAC permit, so why did my asbestos wrapped ducts get missed? How did no one notice that my dryer vent connected to an old cast iron plumbing stack to the roof? I also blame ourselves, we got caught up in how nice the reno was as well. Next time I will go into an inspection like I am adopting a stinky dog at the pound, and want to make sure he doesn’t have fleas before I bring him home. 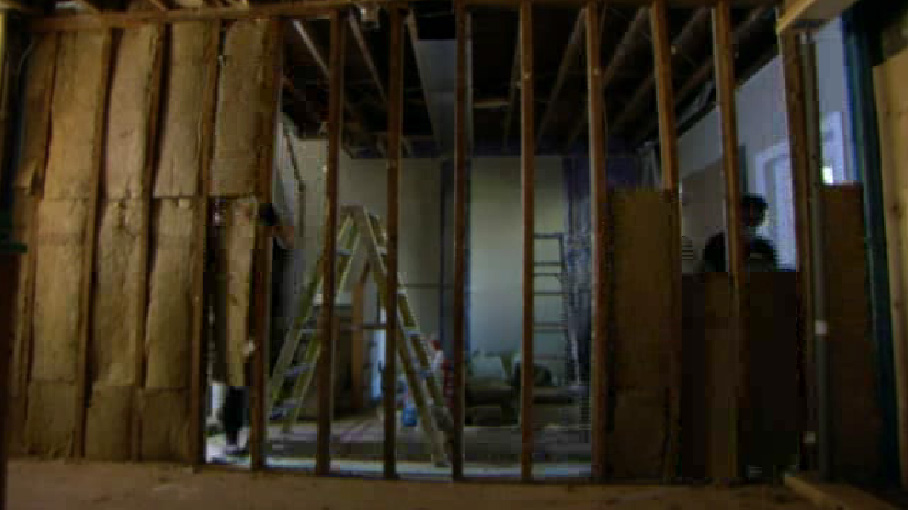 So my best advice? Have a home inspector you trust long before you put in an offer. Do your research, and take a good hard look at the house. I mean all of it. Take out the drains and look into the pipes. Stick your head in cold air returns, bring a tissue to test the force of the furnace in every room. Follow your gut and your nose. Does anything smell moldy or musty? And look at everything in that basement. Does the plumbing look like it was done by a pro? Or does it have terribly messy joints? Does the electrical look like a rats nest or is it all neat and tidy? I have learned that the contractors that do things right usually care to make it look nice as well. They are proud of their work.

Good luck on your inspection, and I really hope you don’t end up like us!