I am not a beer drinker, much to El Granto’s dismay. You see El Granto is what you would call a bit of a beer fanatic. He loves lagers and stouts, ipa’s and porters, bitters and pilsners. He likes to bbq with them, cook with them, and he has even made ice cream with beer. He has probably tried every single craft beer the LCBO carries.

Me, I hate the stuff. A few years ago however I discovered something on tap that I did like; Cider! It comes in a pint glass, it looks like beer, and it doesn’t have an umbrella on it. I can hang with the boys while eating chicken wings at the bar and not get razzed. Since the day I discovered cider, I have also discovered that not all ciders are equal. Myself, I am not a big Strongbow fan, so I started asking bartenders for some grenadine in my Strongbow. It took the tartness down a notch and added a bit of sweetness. Since that day I learned that cider + syrup is called an Irish Rose. Here is my favorite version: 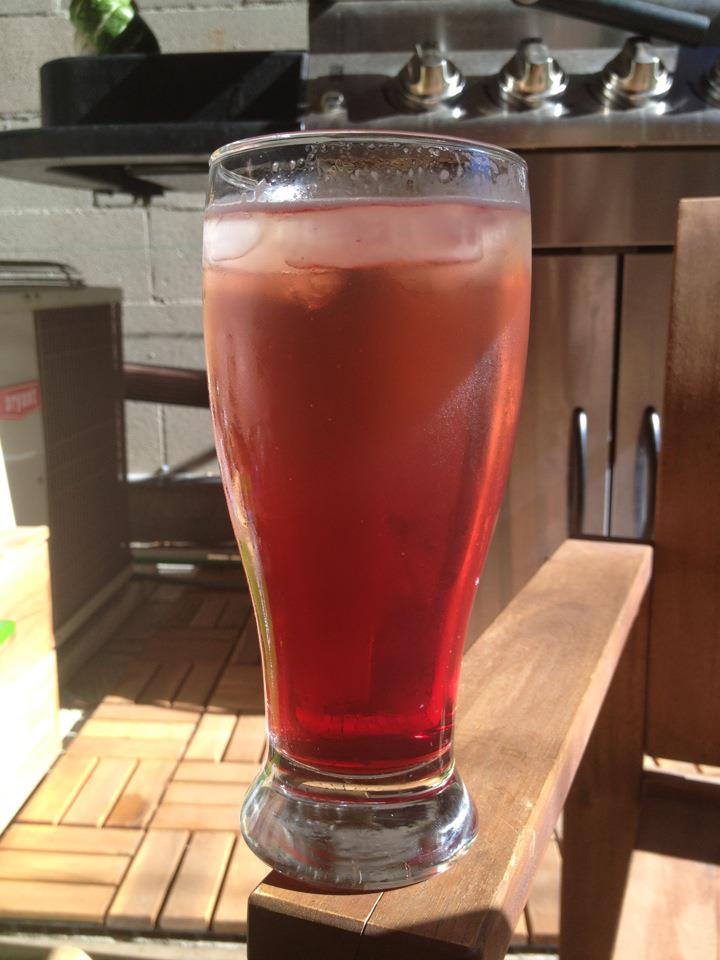 Can of Alcoholic Cider (my favourite is Sir Perry’s)
1 oz Lingonberry Drink Syrup (from Ikea, can also use Grenadine)
Ice

Place a handful of ice into a pint glass, fill the glass half way up with cider, then add the syrup (if you put the syrup in first it never mixes well). After you put the syrup in, add the remainder of the cider. It should mix all by itself, not needing a stir. However if it does settle, give it a stir and enjoy! Best served on a deck in the sunshine.