The Man Behind the Name: El Granto

When selecting a title for a blog post I like to score it on the Morgan Freeman scale. What’s that you ask? It’s how good the title sounds when read aloud in my mock Morgan Freeman voice. You know, the movie voice of God? Some post titles just can’t possibly score well. “DIY Concrete Table” for instance sounds rubbish in Morgan Freeman’s voice. However “The Man Behind the Name” gets a score of “epic” on a scale of 1-10. Note, this theory also works well using Dumbledores voice and Iron Man. The Stark sarcasm adds a little je ne sais quoi.

Back to the namesake of this post. The one and only El Granto. You might have wondered in the past why he uses this name? Is it a nom de plume, a pseudonym? Just a way of staying anonymous on the web? None of the above.
While not his given name, El Granto has been an oft used nickname for the last 8 years or so. Let me paint the scene for you. 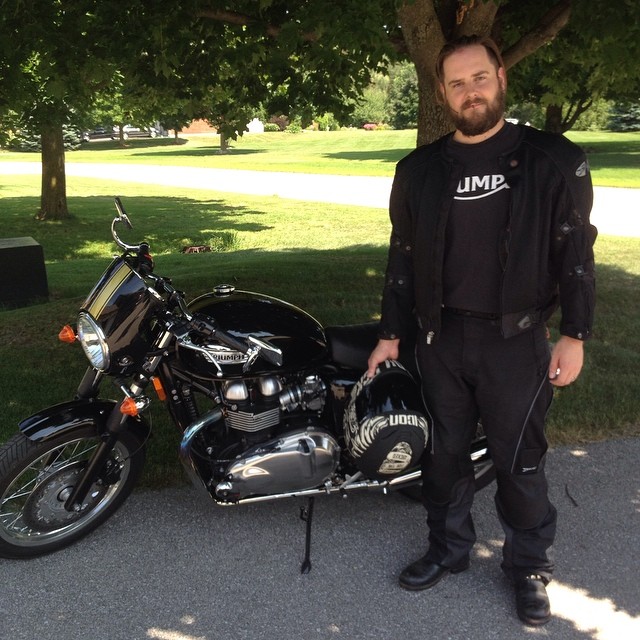 Grant wasn’t such a popular name in Canada, and his whole life he stood forlorn at the gift store checkout, unable to find anything on the souvenir racks with his name on it. No key chains from Disney, beach towels from Florida, or Christmas tree ornament from Santa’s Village. No tourist souvenirs held his name. The odd man out, the lone wolf without his name on a souvenir tchotchke. Every other kid had them! Even BORT got souvenirs with his name on it!

It was a young Grant’s birthday. He was a mid twenty something ready to blow some candles out on his cake and hit the town with his buds for some beers. We were underpaid, overtaxed young-uns living in our first apartment in the city. We had convinced Grant’s childhood friend Chris to move in down the street with his then girlfriend. This meant we perpetually had friends to party with who lived stumbling distance from home. Much fun was had with such close pals, and on the fine evening of Grant’s birthday, Chris came bearing gifts.

Chris handed Grant his birthday gift with a “Happy Birthday Buddy” and a big grin on his face. Grant opened the box and pulled out a t-shirt, and broke out into a string of words I won’t put in print. The shirt was white, and had some writing on it, but I couldn’t see it clearly as Grant was too busy fawning over it. Finally he turned it around, and shared it with the room. It was an illustration of a fat man, dressed as a Mexican wrestler. Complete with man boobs and a cape. Beside this Adonis was written “El Granto”.

It was Grants dream come true. His name (albeit with a Latin flare) emblazoned on a t-shirt, complete with a fat man in spandex pants. Had Chris gotten this t-shirt custom made? If he did, I may have a word with him about encouraging (not bashing) El Granto’s self image. 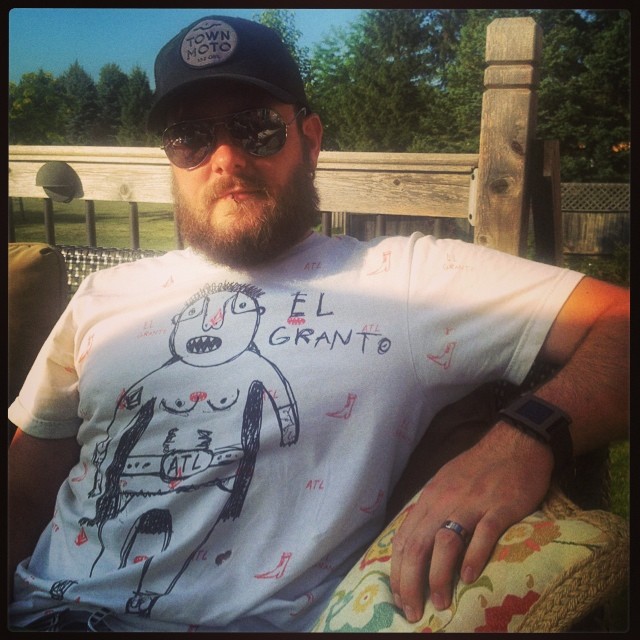 Alas no, Chris had been strolling through the mall when he spied this work of art in a clothing store. An expensive gift for a bud, but Chris knew he needed to purchase this once in a lifetime find for his friend. The shirt was designed by an illustrator for Volcom (a snow & skateboard company and one of Grant’s favorite brands). Once Grant set his eyes on this magnificent shirt, his world was eternally changed. He was now forever to be known not as Grant, but EL GRANTO! Maybe his Mum and his bosses would still refer to him as his birth name, but to the rest of the world a new hero is born.

Or…after wearing the shirt, the nickname stuck, and he started using it for his online presence.

El Granto only wears the shirt sporadically and on special occasions as to not wear it out (it has already suffered a hole but this does not discourage him.) He does however don it religiously every year on his birthday. Wouldn’t you?