I played around with Annie Sloan Chalk Paint for the Backyard Mural and loved it. It is like painting with artist paint.

I built a few bedside tables for our guest room and it struck me that I would love to use chalk paint on them. Problem is, that I am a very impatient person, and when I get an idea in my head, I need to do it NOW. My closest stocklist for Annie Sloan paint is 2 hours away, and I don’t own a car…harrumph.

So I did the next best thing, and started googling. Hoping magically that in the last month a Toronto AS stocklist had opened up…no such luck. But then I found a bunch of recipes for DIY chalk paint.  I am a bit of a disbeliever, but thought I had nothing to loose, so I set out to try to make some chalk paint of my own. I picked up a $3 container of plaster of paris from the hardware store, eyeballed some into an old jar, added the same amount of water as plaster, gave it a stir and then added about 1.5 times as much latex wall paint. I played with the color mixing some turquoise and some blue that I had laying around. I gave it all a stir, then paint it on some scrap wood. IT LOOKED JUST LIKE CHALK PAINT. No, seriously. It went on the same way, covered the same way, and cleaned up the same way. I let it dry overnight thinking I would come back to it spontaneously combusting in the morning, or that it would all peel off or do something terrible. But… It did. just. fine. 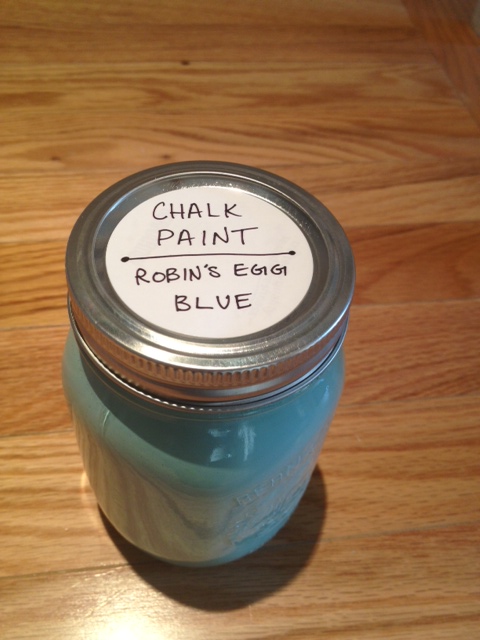 Still looking at it rather speculatively, I put on a coat on my newly fabricated bedside tables, and it looked just like chalk paint. Again I waited for the other shoe to drop, only to put on a second coat, and distress it, and wax it and have it behave exactly the same way as the Annie Sloan chalk paint…

So here’s the game changer folks:

Mix plaster & water together until all the plaster is incorporated. Add paint. Stir.

(I put my chalk paint in a mason jar and added a label.) 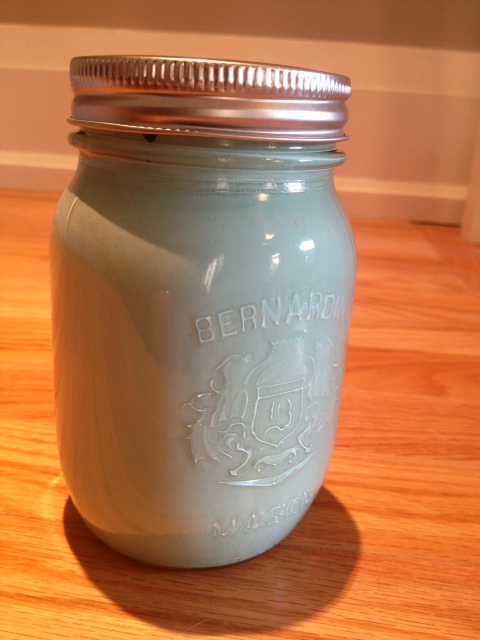 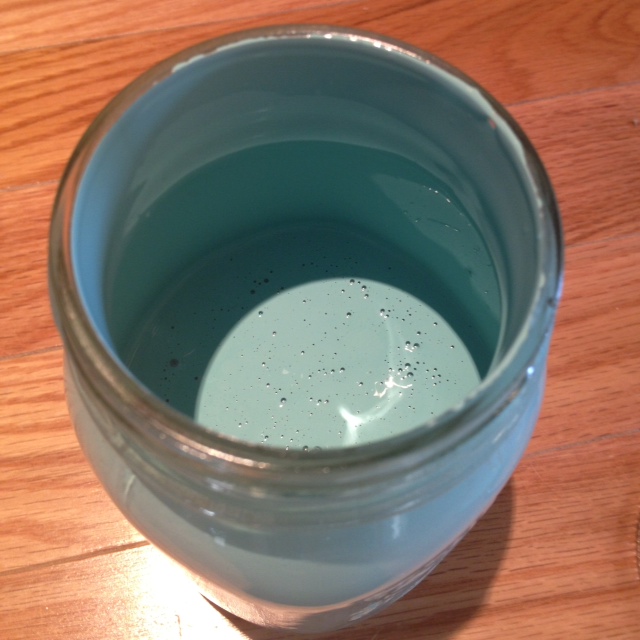