My dog can’t actually speak, but I’d say his actions speak louder than words. When he wants something he will hit it with his paw (if he wants food he hits his bowl, he hits the door when he wants to go outside and smacks you in the face when he thinks you’ve had enough sleep on a Saturday morning). There’s nothing quite like a dog slapping you out of a dead sleep. If he could talk I think he would be saying “get your lazy ass outta bed and play fetch with me”.

My dog does a lot of weird stuff. I thought I’d share with the world, so they too could see what a bizarre vizsla he is. So here goes, a (semi) regular post entitled S#%t my Dog Does! 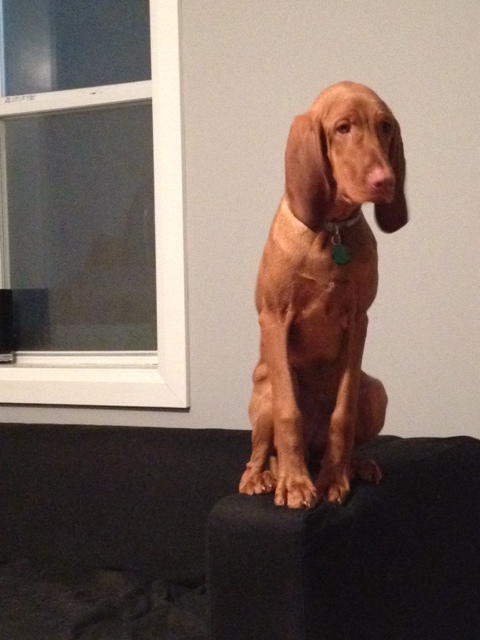 As a puppy he wanted to sit on the sofa arm 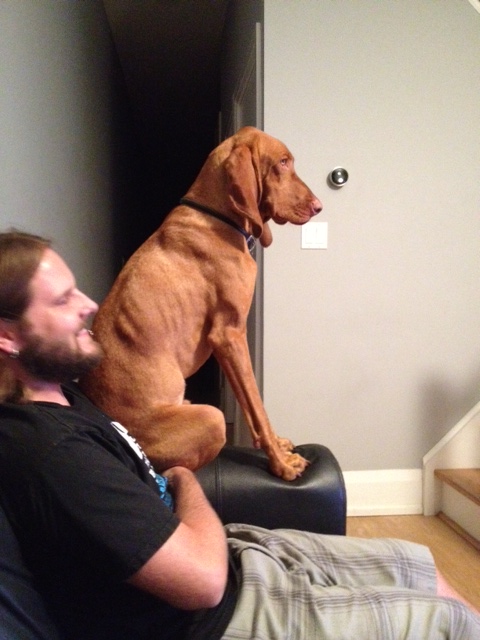 Fully grown, he still thinks he should sit on sofa arms 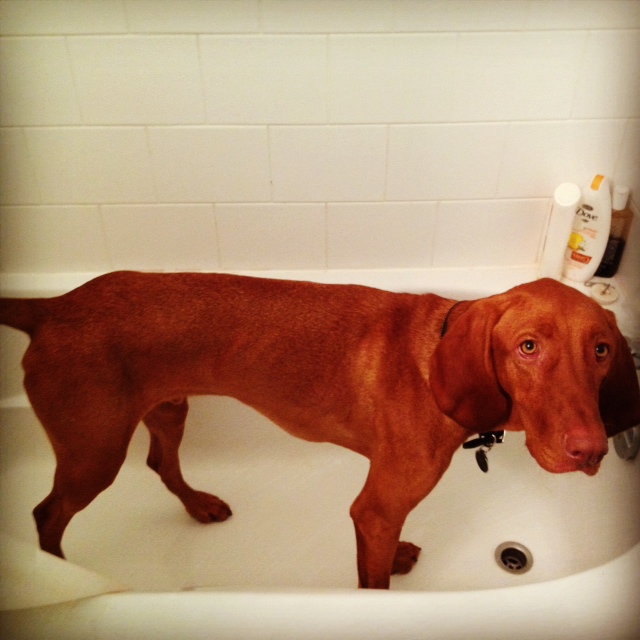 He loves hanging out in the bathtub 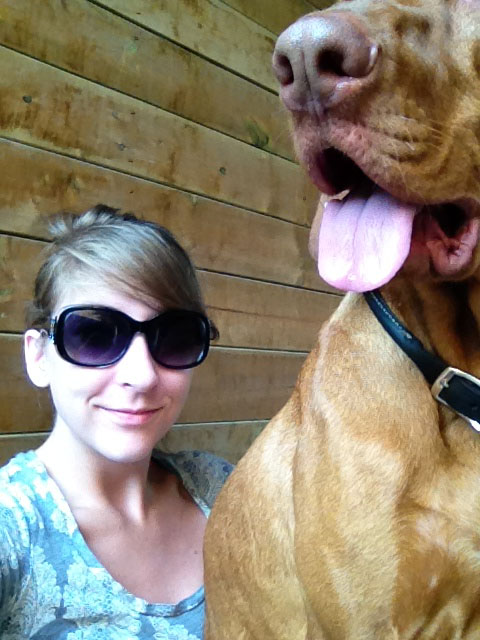 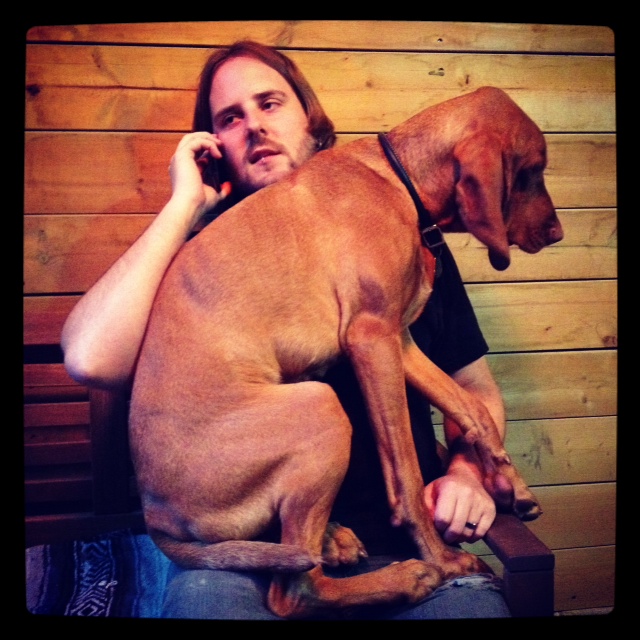 and he thinks people are for sitting ON

He also believes rakes and brooms are the spawn of Satan, and that they should die. (This is him as a puppy, but he still does this to this day.)

Does your dog like to do weird things? Does he hang out in strange places?